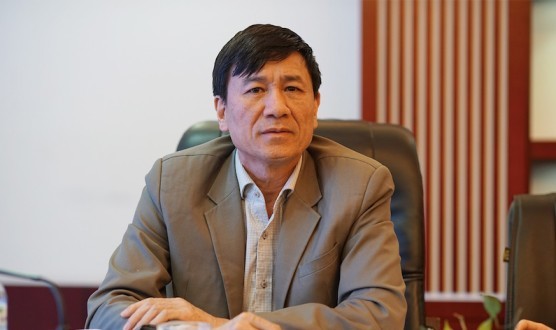 Deputy Director of the Department of Labor Relations under the Vietnam General Confederation of Labor Le Dinh Quang. File photo

Deputy Director of the Department of Labor Relations under the Vietnam General Confederation of Labor Le Dinh Quang shared with The Hanoi Times his view on the Government’s latest social relief package worth VND26 trillion (US$1.1 billion) to aid workers and employers cope with the pandemic.

What are the main differences between this support program compared to the last year’s package for people affected by the pandemic?

The resolution No.42/NQ-CP released last April is aimed at supporting those facing hardship during the pandemic, including social beneficiaries, poor and near-poor households, businesses, and laborers. This time, Prime Minister Pham Minh Chinh issued resolution No.68/NQ-CP focusing on workers hit by the pandemic.

Under the resolution, employers are required not to pay a premium to the Occupational Accident and Disease Insurance for 12 months, but directly to the workers.

Meanwhile, workers that are out of jobs would be entitled to financial support worth VND1 million (US$43.42), while pregnant workers would receive an additional VND1 million and a further VND1 million for workers rearing children below 6 years of age.

The resolution also provides supporting measures for children and people under Covid-19 treatment and quarantine; tour guides and people working in the field of art.

How do you expect this program would help people overcome the pandemic?

Resolution No.68 was based on experience and lessons drawn from the implementation of the social package worth VND62 trillion (US$2.3 billion) under resolution No.42. So far, only 230,000 workers with labor contracts and one million without contracts have benefited from the first package.

This time, measures in resolution No.68 have been drafted to better respond to the actual situation, in which workers forced to take unpaid leave from 15 days to below one month would receive VND1.85 million ($80.4) per person, and VND3.71 million ($161.23) if taking an unpaid leave of over one month.

Those having their contracts terminated and unqualified to receive unemployment benefits would receive VND3.71 million.

Overall, all criteria and requirements have been simplified to ensure workers and employers benefit from the support.

The Vietnam General Confederation of Labor estimates around 11 million workers would receive financial support of over VND3.5 trillion ($152.12 million).

A temporary suspension of payment obligation for pensions and death gratuity funds is expected to benefit 1.5 million workers with an amount of VND11 trillion ($478.17 million), which is in stark contrast with a similar policy in resolution No.42 with 192,000 workers receiving benefits of VND786 billion ($34.16 million).

We also expect a new policy that helps employers seek loans with preferential rates and simplified procedures, without the need for a mortgage, would provide much-needed support for the business community.

Compared to the previous one, the support policy this time provides funds for businesses to train workers to keep them on the job. What do you think about this measure?

This policy is new and demonstrates the government’s support for both workers and employers during the process of organization reshuffling, making changes in corporate governance, and adapting to a new circumstance in the post-Covid-19 period.

The financial support would be VND1.5 million ($65.24) per person per month for six months.

This could be seen as a useful measure for enterprises to recover once the pandemic ends. Therefore, enterprises should propose effective training plans for workers to match their vision for development and prevent potential waste.

Vietnam is home to a primeval forest described as a “big school” that has helped spread the love for nature for the past nearly six decades.