“We are still not ready enough. When will carriage factories be able to build the carriages for high-speed 200-300 kilometers per hour trains?” Deputy Minister of Planning and Investment Vu Dai Thang asked recently. 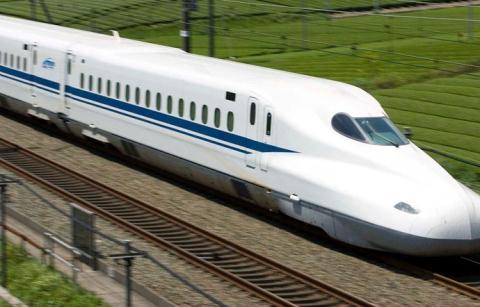 Deputy Minister of Transport Le Anh Tuan gave a presentation about the plan to build a new expressway with the speed of 320 kilometers per hour at maximum.

The $58.71 billion project has estimated investment rate of $38 million per kilometer. It will be implemented in two phases: the first one with estimated capital of $24.714 billion and the second $33.998 billion. The State capital will account for 80 percent of total capital, while private capital 20 percent.

MPI Deputy Minister Thang commented that it is necessary to clarify development scenarios, while it is not possible to immediately develop a high-speed development plan.

The lower scenario is more feasible in terms of capital arrangement and public debt management.

MPI thinks the government, which is the appraisal council, needs to thoroughly consider development scenarios for a final decision. The scenarios include technology and speed solutions.

Economically, Thang said Vietnam’s current GDP is higher than that in 2010, $250 billion vs $120 billion, while the public debt has decreased, but remains high. In such condition, the investment capital of $58 billion, or one quarter of GDP, is still a high figure.

Thang warned that Vietnam will still have to import technology, as it only has steel, cement and workers.

“We are still not ready. When will carriage factories be able to build the carriages for high-speed 200-300 kilometers per hour trains?” he said.

Hanoi and HCMC want to develop urban railway systems and have developed eight railway sections. However, the projects use different technologies.

Cat Linh – Ha Dong section in Hanoi is using Chinese technology, Nam Thang Long section is using Japanese technology, and Nhon a French one. The three sections are independent, with trains only able to run on specific sections, while the maintenance schemes are also different.

He believes that it would be a waste to choose high speed, over 350 kilometers per hour, and to carry passengers only. It would be better to carry both passengers and cargo, and choose a lower speed.

Regarding implementation, MPI said it is a complicated project which needs foreign consultants, and it will take more time to carry out the appraisal. It is expected that the government will submit the implementation plan to the National Assembly in the May 2020 session.

North-south express railway: how much money is enough?

Experts say the north-south expressway project worth tens of billions of dollars raises big questions in the context of ‘every locality has one airport’ race.