VietNamNet Bridge – The Ministry of Home Affairs is developing a project to downsize and restructure the contingent of public servants in the next seven years (2014-2020).

VietNamNet Bridge – The Ministry of Home Affairs is developing a project to downsize and restructure the contingent of public servants in the next seven years (2014-2020). 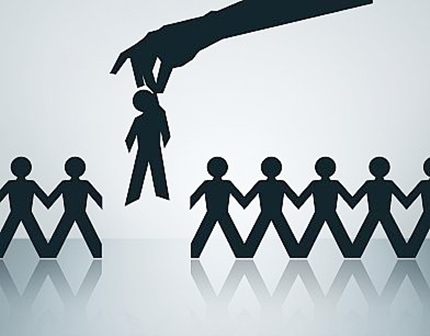 During this period (2007-2012), 67,398 public servants left state agencies at the level and provincial levels, mainly due to early retirement, being moved to state agencies at district and commune levels, resignation or studying overseas.

The Ministry of Home Affairs said that the downsizing policy did not work during this period because most of the public servants who left state agencies based on their personal aspirations. These vacancies were immediately filled up so the number of public servants did not reduce.

Former Minister of Home Affairs Tran Van Tuan said that when he was in office, the government was very aggressive in reducing the number of ministries from 26 to 22, but "there was no conditions for downsizing the personnel."

One solution suggested by the Deputy Minister of Home Affairs is based on positions to manage the payroll and the structure of public servants, in accordance with their functions and duties.

The plan on downsizing and restructuring civil servants will be finalized this year for implementation in 2014.