Homestays that reap big profits spring up in central Vietnam

Mai Thi Anh Thy, 26, decided to go into business with a homestay in Dalat, her hometown. With capital of VND300 million, Thy, a former interior designer, leased a house near Da Lat City with the rent of VND10 million to receive tourists. 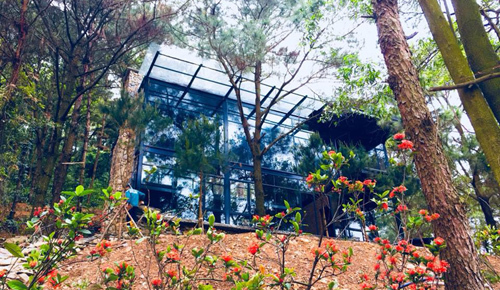 With four rooms for rent, Thy estimated that she could collect VND250,000-400,000 for each room and make a profit of VND5 million a month.

However, the investment was higher than initially estimated. The equipment and interior decoration alone cost her 2/3 of the total capital. So Thy decided not to hire a receptionist. She now works as the owner, manager and receptionist at the homestay called ‘Nha cua Bo’ (Bo’s House).

The business has been going well with the occupancy rate of 80 percent, which has allowed her to take back half of the investment capital.

Thy plans to set up 11 rooms. If all the 11 rooms can be rented, the profit could double. However, she has not started because she is not sure about success.

“Homestays have been springing up in Da Lat and the competition has become stiff,” she explained.

According to Ninh, a tour guide in Da Nang City, homestays have been offered for a long time.

At first, households in well-known tourist areas such as Sa Pa, Moc Chau, Hoi An and Da Lat shared houses with travelers to get money to improve their lives.

Later, investors from other cities/provinces, who do not have houses in the localities, developed homestays. They lease local houses and upgrade the houses’ facilities and interior decoration for lease to travelers.

Homestay developers are mostly young people who want to start their business with modest capital. However, not all of them can succeed.

“You won’t take a loss with homestay, but it’ll take much time and effort to run it,” said Nguyen Thi Thuan, who has decided to transfer her business activity. “I don’t have enough patience.”

Many others also have to sell their homestays to shift to other type of businesses, because the profit they made was not attractive enough. The owner of a homestay since 2015 said he earned hundreds of million of dong a year, but he had to cut expenses.