A festival of hot air balloons, yachts and water sports activities celebrating the first anniversary of the founding of Thu Duc City opened at the Saigon River Tunnel in Thu Duc City on January 22-23. 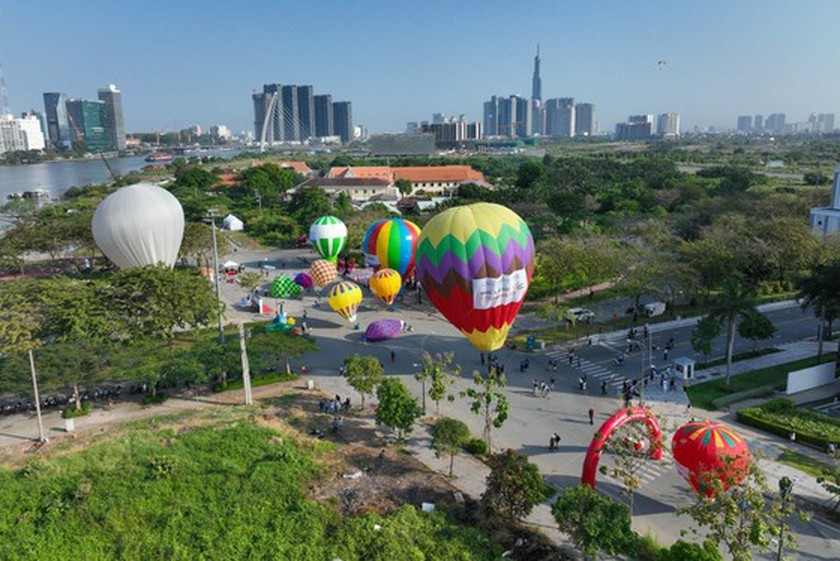 The festival includes performances of enormous colorful hot air balloons from 6 am- 9 am and 3.30 pm – 5.30 pm, paragliding, yacht parade and sport activities on the Sai Gon River and lunar New Year folk games.
Visitors have a chance to shoot pictures to participate in a photo contest featuring beautiful photographic works of the festivals, and access to the page https://www.facebook.com/hellohochiminhcity for further information.

The event co-organized by the HCMC Department of Tourism and the People’s Committee of Thu Duc City aims to diversify tourist products and reaffirm the city's image as a safe, friendly and attractive destination to welcome back international visitors to the city.

Thu Duc City that is established on the basis of merging three eastern districts of Thu Duc, 2 and 9 has tourism potentials and a diversified system of cultural heritages, including archaeological sites, tens of pagodas and temples, and ancient architectures such as Ao Dai Museum, Buu Long Pagoda, Hoi An Pagoda, National Cultural and Historical Park and Hung Kings Memorial Temple, craft villages, leisure and entertainment venues.

On the same day, the My Quynh Safari located in HCMC’s neighboring province of Long An, 45km away from the city opened. The zoo with more than 100 animals is expected to draw 5-6 million visitors per year.