How are foreign retail giants performing in Vietnam?

The only giant that reports profit 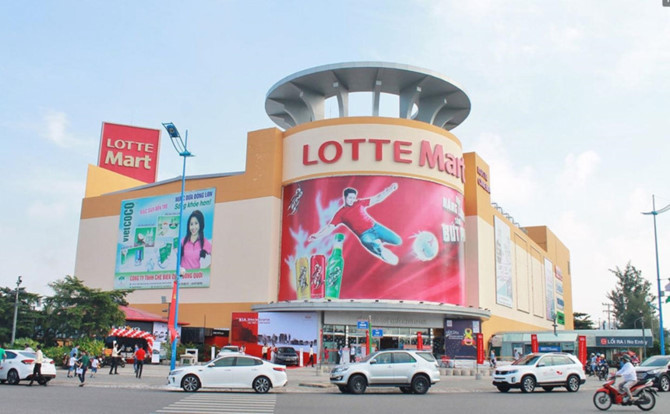 Aeon’s representative, at a meeting with Deputy PM Vuong Dinh Hue on February 25, reported that in 2018, Aeon had revenue of $800 million and generated 6,000 jobs.

Lotte reported revenue of VND5.793 trillion in 2018 from 11 supermarkets and two hypermarkets, which meant a 7.9 percent growth rate over the year before.

Compared with revenue of VND30 billion in the first two years of operation, 2007-2008, the operation scale of the retail group from South Korea increased by 200 times after 10 years.

However, despite the high growth rate, the giant had incurred an accumulative loss of VND800 billion as of the end of 2017, according to the finance report audited by PwC.

Explaining the figures, Seong Won, finance director of Lotte Vietnam, cited a number of reasons, including unsatisfactory performance of some shopping centers.

He went on to say that the retailer is expanding its operation scale, and each shopping center needs 5-8 years to break even. It plans to open 60 shopping centers throughout the country by 2020.

Auchan did not do well with its business during the five years it was in Vietnam. The revenue was modest, just 45 million euros in 2018.

In the latest news, it has been transferred to Saigon Co-op, a big Vietnamese retail chain.

After taking over Metro, TCC Group changed the brand to MM Mega Market.

In 2016, MM Mega Market reported modest revenue of VND11.7 trillion, or 20 percent lower than that before the transfer in 2013. The revenue was just equal to that of 2010, when the number of Metro supermarkets was half of the current figure.

Retailers have taken Asanzo-branded items off their shelves after Asanzo Viet Nam Electronics JSC was accused of selling products imported from China as 'Made in Vietnam' goods.