How high is the environmental cost?

However, environmentalists are cautious when talking about the impressive achievements, noting that when industrial production increases to contribute to economic growth, the damages to the environment also increase. 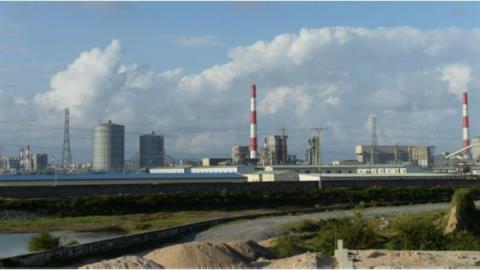 People have realized that as mass production increases, it has put a burden on the environment. The big volume of CO2 is puncturing the ozone layer. Industrial production also creates a big volume of waste.

A report of the National Assembly’s Committee for Science, Technology and Environment showed that in 2015-2018, 25 million tons of ash and slag were emitted from the 12 coal-fired power plants run by the Electricity of Vietnam (EVN) and only 10 million tons were consumed.

The committee reported that EVN is meeting difficulties in storing and consuming the ash and slag produced by its coal-fired power plants, especially in the central and southern regions.

The costs to fix environmental problems are very high, according to Doan.

Services to deal with the problems have been launched.

The services have become a kind of goods, and so, the expenses for the services must be counted when calculating the costs of economic development.

In Vietnam, environmental activities as a business sector have just begun. There are regulations that cover the sector, but many problems still exist in the legal framework.

However, Doan admitted that it is difficult to calculate the environmental costs because this is not a kind of good created by humans.

“We can measure how much the air quality index exceeds the standard, but we find it difficult to calculate the damages in money,” he said.

According to Dinh Duc Truong from Hanoi Economics University, the school has been working on a method to quantify the economic losses from air pollution for the last 10 years.