How many airlines should Vietnam have?

The move by Vingroup to establish Vinpearl Air once again shows the attractiveness of the domestic aviation market. 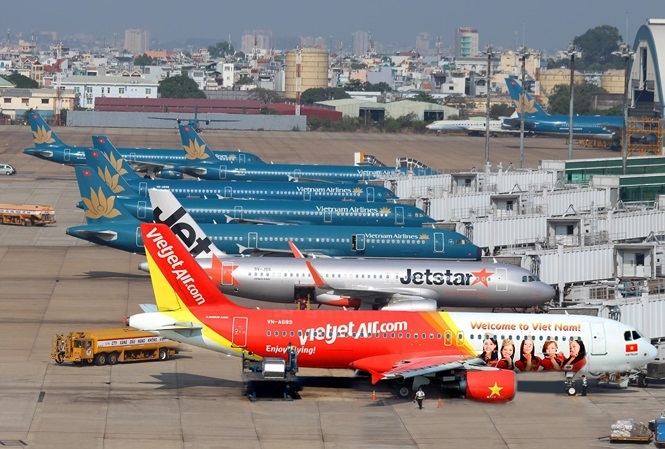 However, the massive opening of airlines has made many of the 22 airports throughout the country overloaded. Tan Son Nhat in HCMC, Noi Bai in Hanoi, Da Nang, Phu Quoc and Cam Ranh are typical examples.

Vietnam is planning to build Long Thanh Airport in Dong Nai and the first phase of the airport development alone will be equal to the cost of Tan Son Nhat Airport.

The Ministry of Transport confirmed that it has not granted licenses to some airlines because they had chosen overloaded airports as bases, and they mostly wanted to operate golden air routes such as Noi Bai – Da Nang – Tan Son Nhat.

Meanwhile, the ministry has encouraged airlines to exploit other routes and consider local airports as base airports. Bamboo Airways, which has just joined the aviation market, for example, chose Phu Cat Airport in Binh Dinh province as a base airport. Vietravel Airlines chose Phu Bai Airport and Thien Minh chose Chu lai Airport in Quang Nam.

Bamboo Airways in May announced it has stopped providing flights on two routes, Vinh – Hanoi and Hai Phong – Can Tho, after only half a month of exploitation.

Prior to that, in February 2019, another airline stopped its Thanh Hoa – Nha Trang and Vinh – Pleiku routes because of ineffective operation.

According to Duong Tri Thanh, chair of Vietnam Airlines, low-cost carrier (LCC) development is a trend worldwide. While it will continue to develop Vietnam Airlines into a 5-star airline, it will also focus on developing Jetstar Pacific, an LCC.

National flag carrier Vietnam Airlines will apply the piece concept for baggage allowances on all domestic and international flights from August 1, replacing the current weight concept.

The Civil Aviation Authority of Vietnam (CAAV) has granted an Aircraft Operator Certificate (AOC) to Vietstar Airlines, allowing the carrier to begin commercial flights in the country.