The first-phase agreements between the US and China was the most anticipated event in Japan and might have prolonged the optimism roused in December 2019 if the the US-Iran conflict and Covid-19 had not broken out. 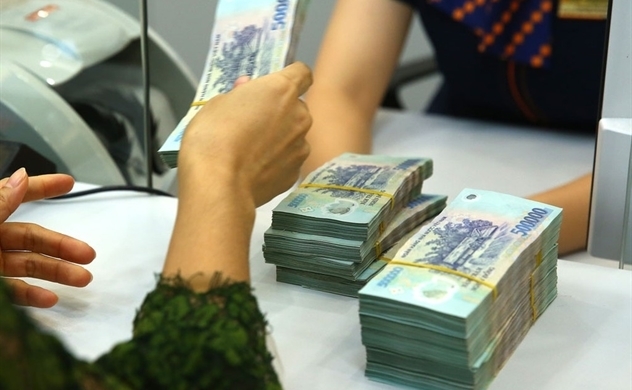 The total economic loss to be caused by Covid-19 much might be higher than the loss of $40 billion in SARS epidemic in 2003.

In January, the dong/dollar exchange rate hovered around the 2019 closing rate, while the foreign currency was plentuful and SBV bought foreign currencies in the weeks just before Tet.

However, after Tet, bearing the influence from the international market, the dong/dollar exchange rate soared in both the bank-to-business and free market.

The official exchange rate declared daily by SBV was raised by VND39 per dollar to the new peak of VND23,196 per dollar. Meanwhile, the buy price set by SBV stayed at VND23,175 per dollar. The gap between the sell and buy prices has widened to the largest over many years, showing investors’ cautiousness about the dollar price rise.

The HCM City-based securities company warned that because of the decline in trade and tourism, the foreign currency supply may not be as plentiful as 2019. However, citing the information that Vietnam’s forex reserves have increased significantly over many years, SSI Research believes that Vietnam has effective tools to cope with the exchange rate fluctuations.

The exchange rate quoted by banks is to see fluctuations, but the increases won’t be too sharp. The exchange rate would hover around VND23,175 per dollar, equal to the SBV’s buy price, unless the epidemic becomes more serious.

In the first half of January, there was no transaction in the open market, and the dong was pumped through SBV's foreign currency purchase transactions.

The pumping of Vietnam dong into circulation through foreign currency purchases will be weaker in 2020. The State Treasury cash flow may also decrease as the disbursement of public investment in 2020 accelerates.