The decision, plus the retaliation by China to raise the tax rate from 5 percent to 25 percent on $60 billion worth of imports from the US, has shaken the world’s merchandise, finance and forex markets. The Vietnam dong has also been spiraling in the whirlwind. 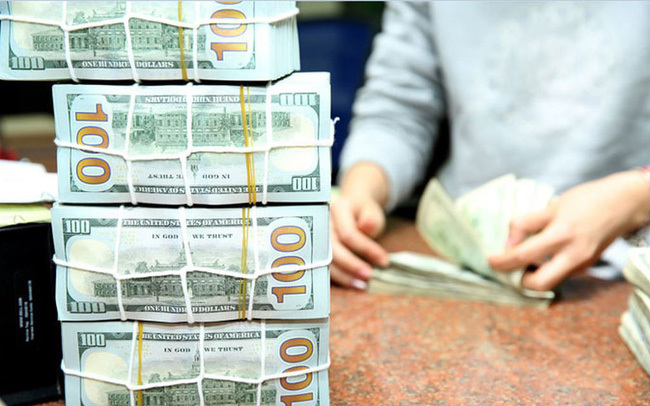 Phan Minh Ngoc from Intelligence Service Partners said there won’t be a single upward or downward of the dong value, because there are many factors which may have contradictory effects on the forex market. This means that both the appreciation and depreciation of the dong may occur in the short term.

In theory, China, which bears tax first and is believed to be at a disadvantage in the trade war, would depreciate its currency, or let the currency get weaker, to mitigate the effects of US taxation.

The depreciation of the yuan, as predicted, has put pressure on the dong/dollar exchange rate. Soon after the US President’s announcement on the taxation of 25 percent on Chinese goods, the dong fluctuated heavily.

Four out of eight currencies define the dong/dollar exchange rate, namely Chinese yuan, Singaporean dollar, South Korean won and Taiwanese dollar, which have all depreciated against the dollar. Even the US dollar has also been weakened by the trade war.

By contrast, the other currencies in the basket of currencies for reference, namely Japanese yen, Thai Baht and Euro, have appreciated against the dollar.

In the context of the trade war, the State Bank of Vietnam (SBV) has many times affirmed that it will regulate the dong/dollar exchange rate in a flexible way and will make intervention when necessary to stabilize the forex market.

Regarding the recent moves by SBV, Ngoc commented that the central bank has clearly shown an intention to let the dong get weaker, to some extent, in the year.

This could be seen in the SBV’s decision of raising the dollar purchase price and setting the forward dollar price higher than the spot price. It recently has also adjusted the official exchange rate.

Ngoc said it won’t be a surprise if SBV accepts to see the dong weaken for several trading sessions and then stops the tendency by intervening in the market (selling dollars in the market or adjusting the official exchange rate).

Exchange rate in Vietnam forecast to be stable in 2019