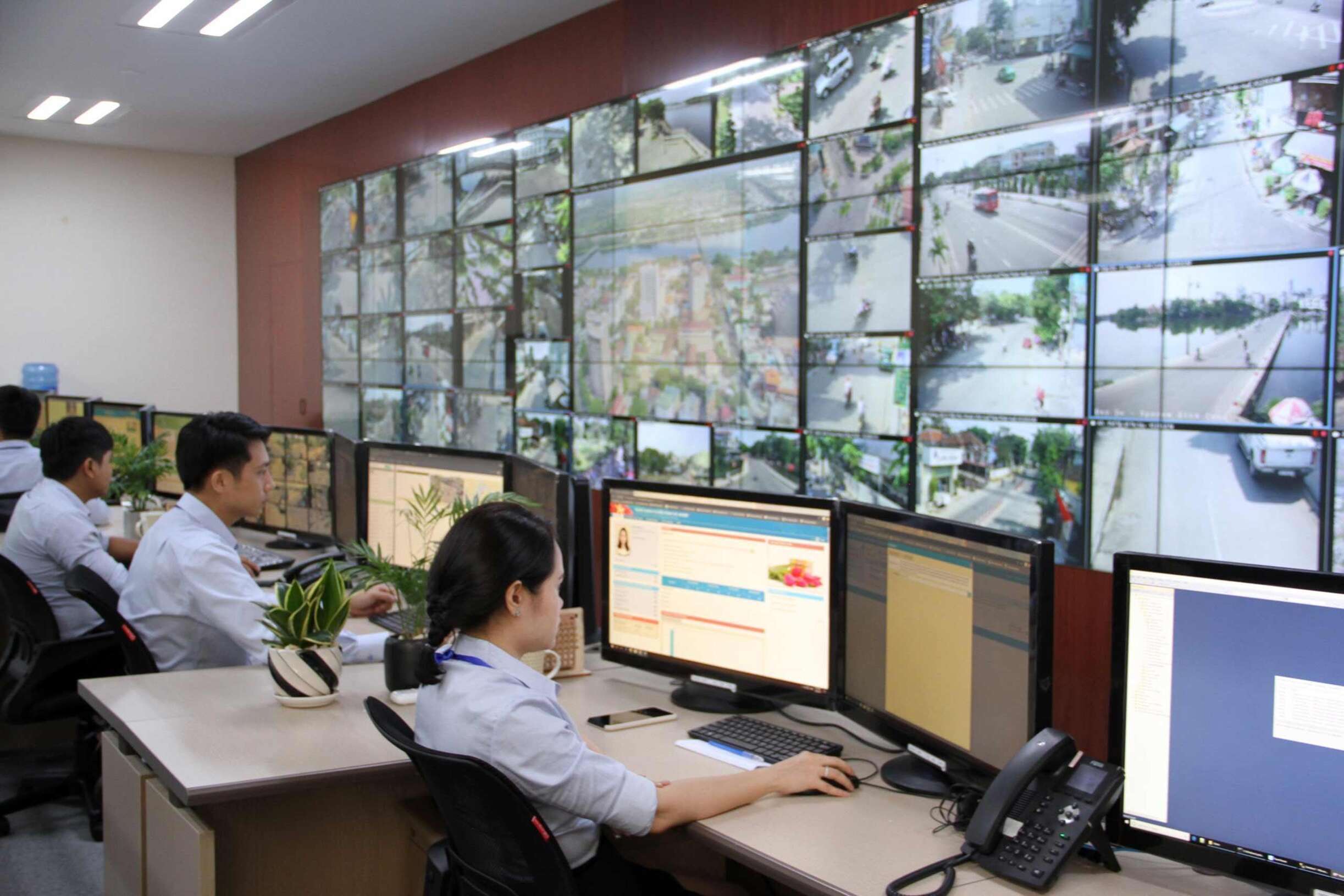 On the morning of July 12, 2020, a group of 120 people taking part in the procession of Ham Nghi King’s tablet from Thua Thien-Hue to Quang Tri province stopped at the O Loi Vermicelli Shop on Le Huan street in Hue to have breakfast.

One of the group complained about the overcharge on his Facebook page, hoping that the local authorities would investigate the case and punish the behavior.

Soon after receiving the information from the interactive system at the Hue Smart City Monitoring Center, the provincial Market Management Department sent officers to the site to verify the case and fined the shop VND750,000 for "not listing the prices of goods and services at the price listing points as required".

“I made the complaint on July 12 and the case was settled just three days later. We were really satisfied about this,” the man who filed the complaint said.

Two years ago, traffic on the streets in the central area of Hue was a constant source of concern for people.

The pavements of streets were occupied by many people who had set up shops. The streets were in chaos because of uncontrolled shops, vehicles and pedestrians, which disfigured the face of the former royal capital city.

A campaign to reestablish urban order was launched by the Thua Thien-Hue provincial authorities. A smart city monitoring system with hundreds of cameras were installed on streets to collect data and assist the local authorities in dealing deal with violations.

This is just one of the examples of solutions that have occurred during the process of building a smart city in Hue and the Thua Thien-Hue province.

People put at the center

Thua Thien-Hue was one of the first localities to develop e-government. Director of the Thua Thien-Hue Information and Communications Department Nguyen Xuan Son said that e-government allows people and businesses to promote their own roles in the city.

Thua Thien-Hue first set up an IOC (intelligent operation center) on a trial basis on the Hue-S app. The IOC, located at the provincial Department of Information and Communications, is considered the nerve center in charge of deploying services, receiving input information, and analyzing, verifying and transferring the information to appropriate agencies for settlement.

People can use smartphones to send images and videos about problems via the Hue-S app. Personal information is kept secret.

The information from different sources is analyzed and classified before it is sent to appropriate agencies for settlement.

The process is implemented under a tracking mechanism which doesn’t allow any intervening data. Since the information is made public on official websites for people’s supervision, problems are settled in a transparent way.

Deputy Minister of Information and Communications Nguyen Huy Dung said at the 2021 Digital Transformation Week in Hue City, which opened on April 27, that Thua Thien-Hue should consider itself a "miniature country" and draw up suitable strategies and set reasonable goals and solutions.

“Thua Thien-Hue needs to become the destination of national and international technology events with the dual goals of developing tourism and technology, and becoming a model of digital transformation,” Dung said.

Thua Thien-Hue ranked second out of 63 cities and provinces in readiness for IT development and application in the Vietnam ICT Index 2020 in terms of technical infrastructure and human resource infrastructure.

Similar moves are being taken throughout the country. The project on developing smart cities in Vietnam in the 2018-2025 period identifies major issues, including building a legal foundation for smart city development; creating management tools for smart cities, and creating specific regulations and standards for construction works in smart cities.

It is expected that by 2030 smart city chains will form in the northern, central and southern regions and the Mekong Delta, with Hanoi, HCMC, Da Nang and Can Tho serving as the "nucleus" to connect smart city chains.

The results of the smart city plan deployment will increase people’s confidence in authorities. And it will also encourage authorities to improve their performance.