In general, the report said that Vietnam has adapted well to the digital economy, but there are still areas that have not been fully exploited and have potential for development.

According to the report, O2O (offline to online) platforms such as Grab, Gojek, AirBnB, Traveloka, Shopee play an important role in the digital economy in general, making people's lives more convenient.

In Vietnam, 8 out of 10 people said they used platforms more often than 1-2 years ago. And 77% said platforms have a positive impact on their quality of life on a daily basis.

The report also introduced a New Economic Progress Index for the region to help policymakers get an overview of the platform economy.

Combining these four factors, the report evaluates the overall index of Vietnam at 41%, with the highest score belonging to advances in digital infrastructure (51%), as 57% of the population are mobile Internet subscribers, and 77% of them use use e-wallets.

However, the report said that physical infrastructure needs to be improved. Currently, only 18% of the urban population enjoy same-day delivery of goods.

In addition, the scale of the online food industry and retail accounts for only 4% of the total food and retail market, so there is still great potential.

Vietnamese top list of most online shoppers in SEA

E-commerce in Vietnam is estimated to grow by 53% in 2021, creating an impetus for the domestic digital economy to reach revenue of US$21 billion this year, according to a report released recently by Google, Temasek and Bain & Company. 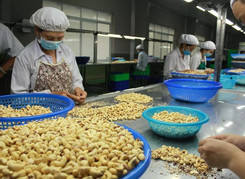