“I am F0, teacher”: story of a university lecturer

“The stories about my students who had an exam in the epicenter have given me more strength not to shrink back from difficulties in my life,” Le Khanh Tuan, a lecturer of the Saigon University, writes in the following essay: 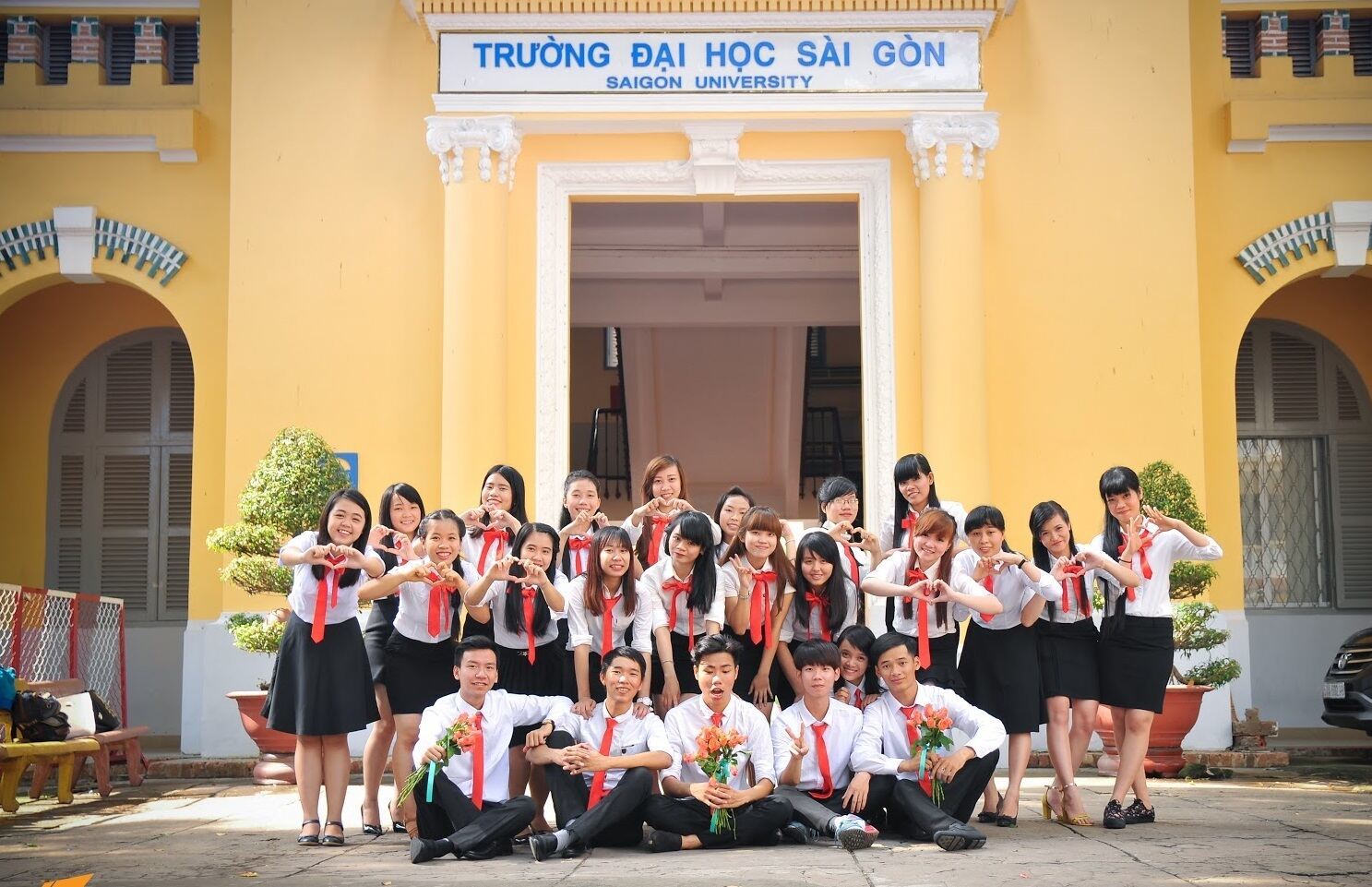 Students of the Saigon University

The final exams of both the semesters fell in September and the workload on lecturers was high. There were two things to do – thesis marking and oral examining, both online. There were 4,000 pages of theses to read and many procedures needed to be followed. It was confusing and I had too much to do.

Many theses were good, but some others were cursory. I had difficulty giving low marks. A lot of questions were raised. Were the authors of the theses and their relatives were okay? Maybe they were F0s (positive Covid cases) and maybe… The questions obsessed me when I gave every bad mark.

I decided that I needed to give true marks that truly reflected the quality of the theses, and I was looking forward to hearing about them on the oral examination day.

And the day came. Other judges and I came to an agreement that we would ask students about their conditions after finishing questioning.

The first student said he luckily left HCM City and was staying with family members in his hometown. He was okay and so was the exam.

However, 15 percent of students were stuck in HCM City and they had to live far from home during social distancing. They were in bad condition. A student said he could not have his broken laptop repaired, so he had to type the thesis on smartphone and asked another student to help him print the file.

The third student got good marks for his thesis, but he didn’t answer the call. I asked some other students to contact him. But there was no reply until the oral exam finished. I sent a message to him and asked him to contact me for the exam.

But two weeks have elapsed and there has been no news from him. Where are you now?

The fifth student appeared in a medical protective suit. “Please allow me to wear the protective mask. I am on the corridor of the quarantine zone,” he said.

I learned that he was a volunteer and had not returned home for the last month. “We have break time and I do school work during the time,” he told me.

Many other students were also volunteers. They did school work during the break time as they worked as nurses and checkpoint officers or at vaccination points.

I then remembered the image of a student covered in a medical protective suit, waving hands in a video: "Teacher, the volunteer team has an urgent matter right now, I need to be absent from the lesson. I will make up for it carefully."

The seventh had a weak voice. He got high marks for both his thesis and oral exam. “I am F0, teacher. I got better, but still feel it is a bit difficult to breathe,” he said.

“Are your relatives okay?” I asked. “All my family members were infected with Covid. But they have had negative testing results for the first time,” he replied.

In another exam room, four out of 23 students were Covid positive.

They wrote theses when they were patients. Some of them said their mothers or fathers had just been discharged from hospital several days prior. One student said he had just received the bone ash of a relative some days ago.

The 23rd student, the last examinee, appeared with a calm and intelligent face. He answered exam questions very well. I gave him a 10 score and realized that he also had 10 for his thesis.

“Did you have any difficulties in writing the thesis?” I asked him.

“There was no big problem. I wrote the thesis in the hospital. All my family members got infected. But all of us have been discharged from hospitals. I left hospital last week. Everything is okay,” he said, smiling.

I burst into crying. I tried to say a few words to end the exam. Thank you for giving me more strength to make me never feel discouraged about any difficulty in my life.

Three Vietnamese students are named in the list of 26 candidates across East Asia to win the IELTS Prize 2021, presented by the UK's international educational and cultural organization - British Council.