Vietnamese farmers, who incurred big losses because of African Swine Fever (ASF), may see the situation become even worse because of the import tariff cut.

Incurring a loss of VND1 billion from pigs being culled during the ASF epidemic, Nguyen Van Dang, a farmer in Trang Bom district of Dong Nai province, shifted to breed fowls. With the current price of VND50,000 per kilogram, he can expect the profit of VND20 million for a group of 2,000 fowls. 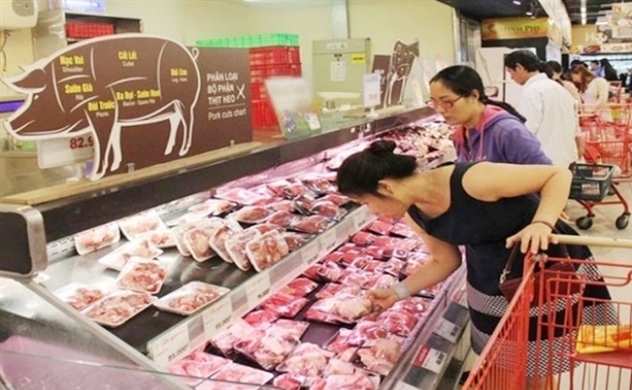 “Most local farmers dare not breed pigs anymore. If the chicken price also decreases, we will continue to suffer. Only merchants and animal feed producers can make profit,” he said.

Though the planned tariff cuts are not high, if Vietnam imports meat in large quantity, the chicken price in the domestic market will go down, which will once again push farmers against the wall.

The Ministry of Finance (MOF) has proposed cutting the import tariffs on piece chicken and by-products from 20 percent currently to 18 percent. Besides, the tariff on fresh and frozen pork may be slashed from 25 percent to 22 percent.

Consumers will benefit from the tariff cuts. However, farmers like Dang will not. Dang is worried stiff that he would have to sell the fowls he is breeding at low prices as cheap imports would flood the market.

MOF also predicted that the meat price in the domestic market would fall and the tariff cuts would lead to an increase in imports, not only from the US, but also from other markets.

Pham Van Don, a farmer in Quang Trung commune of Thong Nhat district, Dong Nai province, said the pork production cost in the US and other countries is lower than Vietnam. Therefore, foreign meat would flood the domestic market if Vietnam eases the tariff.

According to Nguyen Kim Doan, deputy chair of the Dong Nai provincial Livestock Association, in 2016-2017, the domestic livestock industry met difficulties because of epidemics and price falls. And now the tariff cut will deal another blow on farmers.

Le Thanh Nam from CEVA Sante Animale Vietnam also said that the tariff reduction will cause another strike on the domestic livestock industry and Vietnamese farmers won’t be able to compete with imports.

Deputy Minister of Industry and Trade Do Thang Hai has warned localities of illegal pig and pork imports from Cambodia and Thailand.