The Ministry of Industry and Trade (MOIT) has proposed raising luxury tax on some car models with fewer than nine seats.

The General Department of Customs (GDC) reported that 96,000 cars had been imported to Vietnam by the end of August, worth $2.1 billion, which represented a 229 percent increase in quantity and 205.6 percent in value in comparison with the same period last year. Of these, the imports from Thailand and Indonesia accounted for more than 70 percent of total imports. 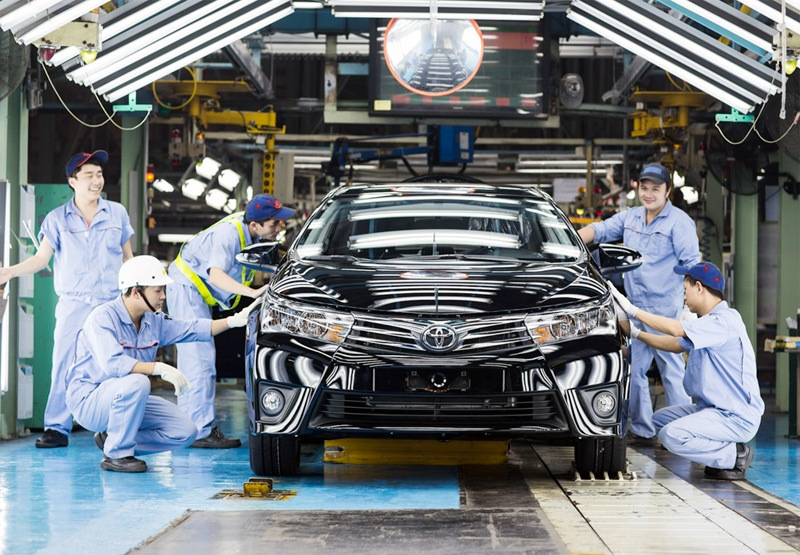 The ministry warned that domestically made products won’t be able to hold their advantages for a long time if manufacturers cannot improve the quality and lower the production cost to improve competitiveness in comparison with imports from ASEAN, which now enjoy the preferential tariff of zero percent.

Vietnam’s domestically made output is far below that of Thailand and Indonesia, 200,000 products a year vs 2 million and 1.3 million products, respectively. Vietnam also has a lower localization ratio than the two countries, 20 percent vs 60-80 percent and 45-70 percent, respectively.

Analysts said that because of the low output and the low localization ratio, the production cost in Vietnam is 20 percent higher than in Thailand and Indonesia.

For these reasons, MOIT believes that there should be solutions to develop the domestic automobile industry and help domestic products compete with imports. One of the solutions the ministry has proposed is raising the luxury tax.

It is still unclear about the new tax rates for different types of cars, but the import car prices will increase if luxury tax goes up. Meanwhile, domestically made cars will be unaffected because domestically sourced car parts will be exempted from luxury tax.

MOIT has also proposed the biggest corporate income tax incentives for projects in automobile and supporting industries. It is expected that land rent will be exempted for projects manufacturing less-than-nine-seat cars with the scale of 50,000 products a year, exporting products for five years, and mastering technology to make engines and gear boxes. They would also be able to get financial support in technology transfer and preferential loans.

The Ministry of Industry and Trade will propose to build a credit package of VND100 trillion (US$4.4 billion) for developing the support industry for industrial sectors, especially automobile production.