VietNamNet Bridge - Import/export companies say that the fluctuations in the price of the dong have dealt a strong blow to their business, but the Ministry of Industry and Trade (MOIT) says the Chinese yuan devaluation has had no effect.

VietNamNet Bridge - Import/export companies say that the fluctuations in the price of the dong have dealt a strong blow to their business, but the Ministry of Industry and Trade (MOIT) says the Chinese yuan devaluation has had no effect. 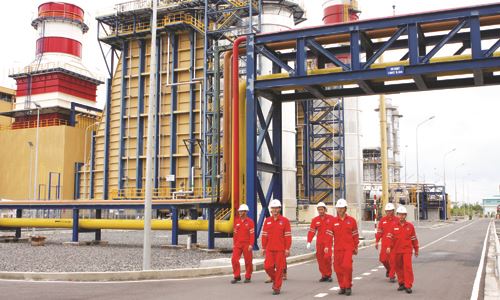 Tran Thanh Hai, deputy director of MOIT’s Import/export Department, said at a press conference on September 4 that the yuan devaluation has had no negative impact on Vietnam’s import and export activities.

MOIT’s statement surprised many analysts because the ministry, in a report on industrial production and trade in the first eight months of the year, once warned that the yuan depreciation, in the long term, will make Chinese products cheaper, and therefore, will be a threat to Vietnamese products.

MOIT advised its businesses to apply necessary measures to boost exports and control imports and keep a close watch over exchange rates so as to lay down appropriate policies.

The director of a Hanoi-based import/export company said it was wrong to say that importers and exporters were safe from the yuan depreciation.

“Chinese importers have asked us to renegotiate export contracts, insisting on lowering export prices,” he said. “Meanwhile, the input costs remain unchanged. I am afraid the negative effects will even be worse in the future.”

An analyst commented that the MOIT official appears to encourage businesses to import materials from China and that the big trade deficit with China is not a problem.

“There is nothing to be proud of, if the nation’s garment and footwear industry simply does outsourcing and relies heavily on input materials from China,” he said.

Vietnamese businesses should be warned that if they continue relying on Chinese material imports, they will meet difficulties when exporting products to the US and the EU because of the stricter rules of origin stipulated in the free trade agreements (FTAs) that Vietnam signs.

The National Finance Supervision Council, in a report released at the August government meeting, said that the monetary market and Vietnam’s economy were not affected by the Chinese government’s yuan devaluation.

Meanwhile, at the press conference on September 4, big state-owned companies complained they had incurred heavy losses due to the dong price fluctuation.

The Vietnam Coal and Mineral Industries Group (Vinacomin) said the exchange rate adjustment has had significant impact on financial balancing and business performance, which could lead to a loss of VND1.2 trillion.