In attracting FDI, Vietnam puts high hopes on Japan, US

VietNamNet Bridge – Analysts have forecast a boom of the Japanese investment in Vietnam. The bilateral trade between Vietnam and the US has also been on the rise.

VietNamNet Bridge – Analysts have forecast a boom of the Japanese investment in Vietnam. The bilateral trade between Vietnam and the US has also been on the rise.

According to Yoshitaka Kurihara, a Japanese investment consultant, Japanese investors have set up many big factories in Vietnam over the last two years, including Lixil in Dong Nai province, Bridgestone in Hai Phong and the project on the new city of Binh Duong.

The majority of the Japanese investors in Vietnam are small and medium scaled enterprises. This would also be the tendency in 2013.

In early 2013, JETRO (Japan External Trade Organization) released a report predicting the third Japanese investment wave in Vietnam. The number of Japanese businesses believing in the improvement of their business in 2013 has increased by 13.8 percentage points over the previous year. Meanwhile, Vietnam has been named in most of the Japanese investors’ plans to expand their business.

As for the US, the bilateral Vietnam-US trade turnover in 2012 was roughly $25 billion. The country remains the biggest export market for Vietnam.

Vietnam exported $20 billion worth of products to the US in 2012, while the US’ exports to Vietnam increased by five percent in the year.

Regarding the US investment in Vietnam,Le Thanh An, the US General Consulate in HCM City, mentioned two most important projects. The first one is the Mong Duong thermopower plant No. 2 in Quang Ninh province.

Kicked off in late 2011, Mong Duong 2, once becoming operational, would provide electricity to 2.25 million households in Vietnam.

An said he has just attended the opening ceremony of Auntie Anne’s, a well- known franchising brand in the US. The presence of the US brands in Vietnam would bring more choices to Vietnamese consumers, create more jobs and help develop the human resources.

Stronger investment commitments in Vietnam made

According to Yoshitaka Kurihara, Japanese investors tend to expand their investments in ASEAN, including Vietnam, in an effort to avoid the risks in China.

Expecting the high growth of the Vietnamese domestic market, especially the HCM City market, Japanese service companies have been flocking to Vietnam. These include the ones in the fields of retailing, freight & forwarding, hotel, education, healthcare and information technology.

Once the inflation gets stable, Vietnam, with its great advantage of low labor cost, would attract foreign investors, who come there to make products for export to Japan.

A lot of big US investors have also revealed their plan to scale up their investments in Vietnam. Nike, for example, would make heavier investment in a plan to make 41 percent of the total sports shoes for export in the country. Intel, the leading computer manufacturer, has affirmed its plan to expand investment after fulfilling the plan to make one billion of chip sets in Vietnam. 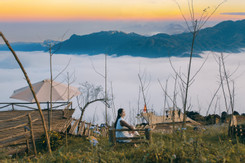