In competing with China, weak VND policy will not help

VietNamNet Bridge - Economists have repeatedly advised the government not to rely on a weak dong policy when trying to compete with Chinese products as demand in China is falling.

VietNamNet Bridge - Economists have repeatedly advised the government not to rely on a weak dong policy when trying to compete with Chinese products as demand in China is falling. 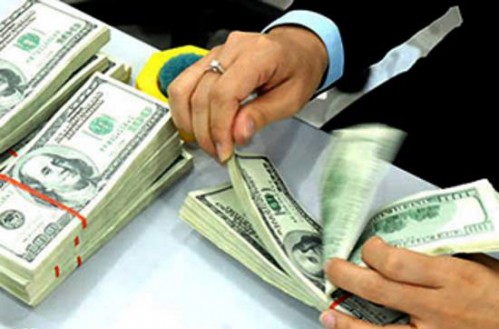 Dr. Luu Bich Ho, former head of the Development Strategy Institute, said the weak dong should not be the major solution to competition with China.

Ho warned that this was not a method Vietnam should continue to apply.

He went on to say that the weak local currency policy will not work once demand is low.
Agreeing with Ho, an analyst said technical solutions would not help much. Meanwhile, purchasing power has decreased in China.

“Even if Vietnamese exporters try to lower the prices, they will fail to boost exports to the market where the demand is low,” he said.

The analyst warned that continuing to devalue the dong may do more harm than good, because Vietnam needs to import input materials for domestic production from China.

As the dong has weakened, the imports have become more expensive, putting a heavier burden on Vietnamese businesses.

Dr. Tran Dinh Thien, head of the Vietnam Economics Research Institute, said Vietnam should weigh the pros and cons, both short and long term, before making any adjustments to the foreign exchange rate.

In the short term, the dong devaluation will help boost exports and reduce the trade gap with China.

However, this will not benefit Vietnam in the long term, because it may become more reliant on China as a supplier of low-cost products.

But Thien believes Vietnam should peg the dong firmly to the US dollar. If the dong is overvalued, this will hinder exports and put pressure on foreign exchange, and even threaten the stability of the forex market.

Pham The Anh from the Hanoi Economics University said the current exchange rate, after the latest dong devaluation, truly reflects market supply and demand, but in principle, Vietnam still insists on a dong-pegged-to-the-dollar policy.

Anh, who has conducted research with Dinh Tuan Minh from the same school, thinks that a floating dong policy with the state’s management would be the best choice for Vietnam now. A completely floating policy would put Vietnam at risk because of the openness of the economy and the incomplete finance system.