VietNamNet Bridge - On September 28, in the Tiffany Fashion Show Paris 2013, the winner of the Vietnam Project Runway 2013 - Hoang Minh Ha successfully introduced his collection Black Rose and received a lot of praises from international experts.

VietNamNet Bridge - On September 28, in the Tiffany Fashion Show Paris 2013 held at the Marriot Hotel on the famous Avenue of Champs Elysees, the winner of the Vietnam Project Runway 2013 - Hoang Minh Ha successfully introduced his collection Black Rose and received a lot of praises from international experts. 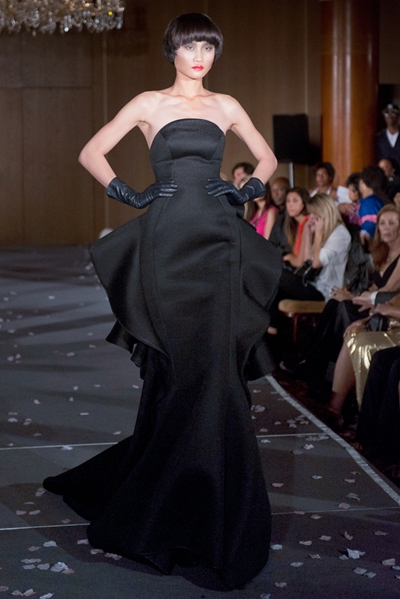 Kha My Van was the only Vietnamese model in the show and she was the vedette. Van is the runner-up of the Vietnam’s Next Top Model 2013. 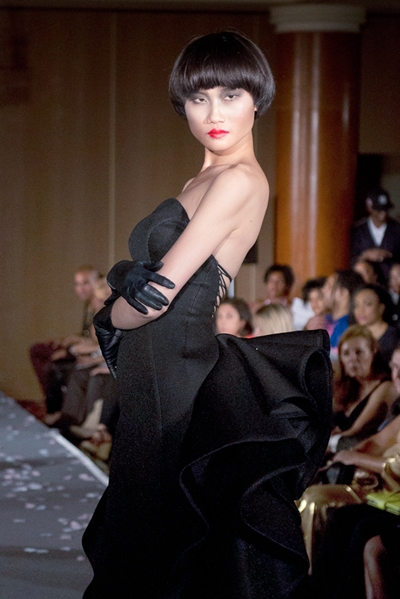 The Tiffany Fashion Show Paris 2013 took place from September 27 to 29. Hoang Minh Ha Vietnam was the only Vietnamese representative at the event. 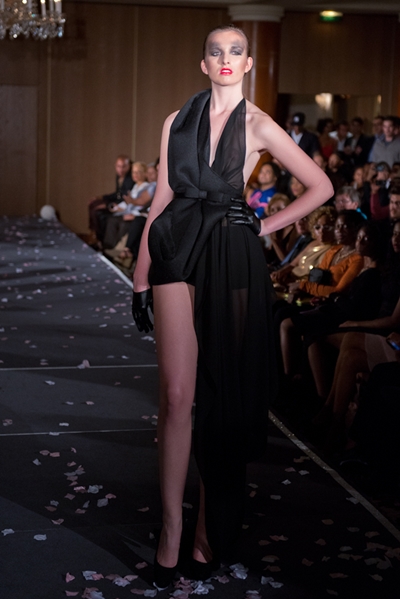 Minh Ha brought to this fashion week the designs that are inspired by the glamorous and mysterious women like the beautiful black roses with sharp thorns. 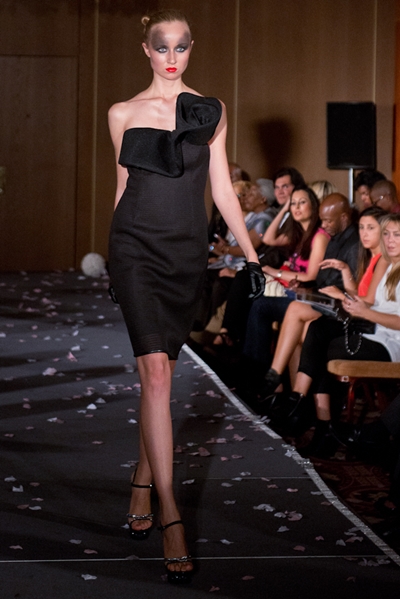 The young designer received many compliments from other designers and models who participated in the event for his tailoring techniques and very professional attitude. 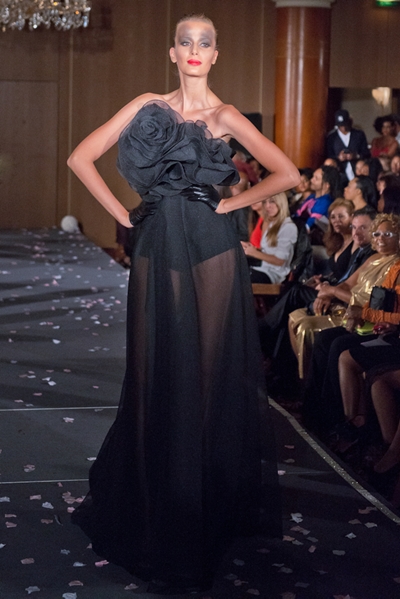 Hoang Minh Ha received many compliments from professionals. After the show, he received the first orders from foreign customers. This is a good sign and the concrete evidence for the success of Hoang Minh Ha. 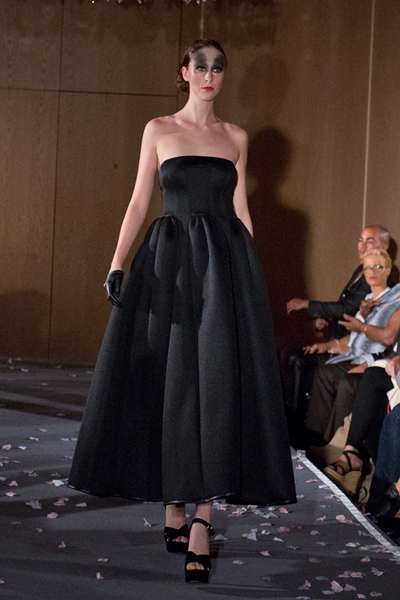 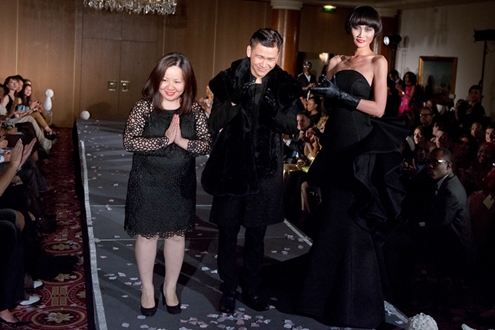 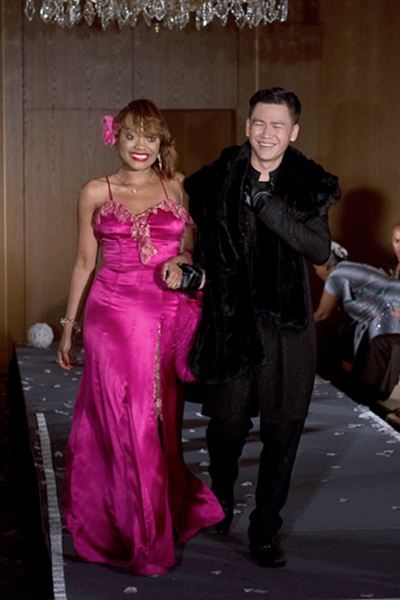 Designer Tiffany McCall, the founder of the Tiffany Fashion Week Paris joined Hoang Minh Ha on the stage to say hello to the audience. 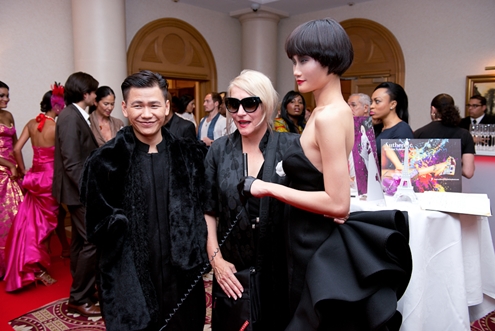 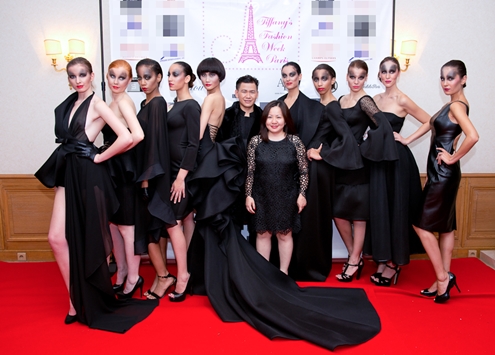