In Vietnam, technology giants battle it out

E-commerce firms are now gathering strength for more costly investments rather than focusing on ads and promotions.

At a ceremony to sign the cooperation agreement with Unidepot on Tiki’s logistics system expansion, Tran Ngoc Thai Son, CEO of Tiki, said the losses in the marketplace come from big investments in infrastructure, operation systems and storehouses. 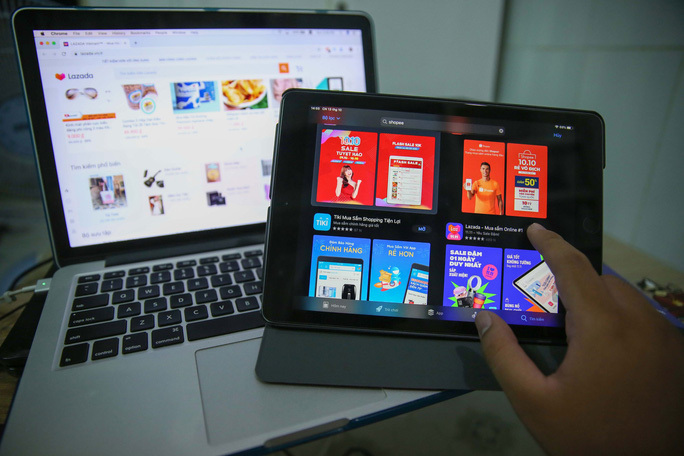 Tiki has been making big investments to build logistics infrastructure and upgrade the system, causing big losses. However, like other online marketplaces, Tiki is willing to spend money on these items which can help it achieve a firm position in the market.

A representative of BW Industrial, mentioning the concept of ‘smart logistics’ which integrates the elements of location, design and automation, said it would bring the best experiences to users.

Tran Tuan Anh, managing director of Shopee, said developing logistics is one of the prerequisites for expansion and stable development. Shopee's deal will bring better services to users and help consolidate its position in the market.

Lazada, another online marketplace, said it is applying technology which will save time up to 50 percent. The big investment of trillions of dong will bring benefits to both businesses and users.

To polish its image, Tiki caused a surprise with the announcement in May 2019 that it will accompany Vietnamese artists’ in many fields, especially music. The image of Tiki’s gift box appearing in music MVs has become more common, and praised by some branding experts.

However, they have all received big investments from foreign investors over the last three years.

In 2016, Alibaba spent $1 billion to buy Lazada shares and poured another $1 billion one year later to raise its ownership ratio to 83 percent. Most recently, Lazada said it has received $2 billion from the Chinese investor.