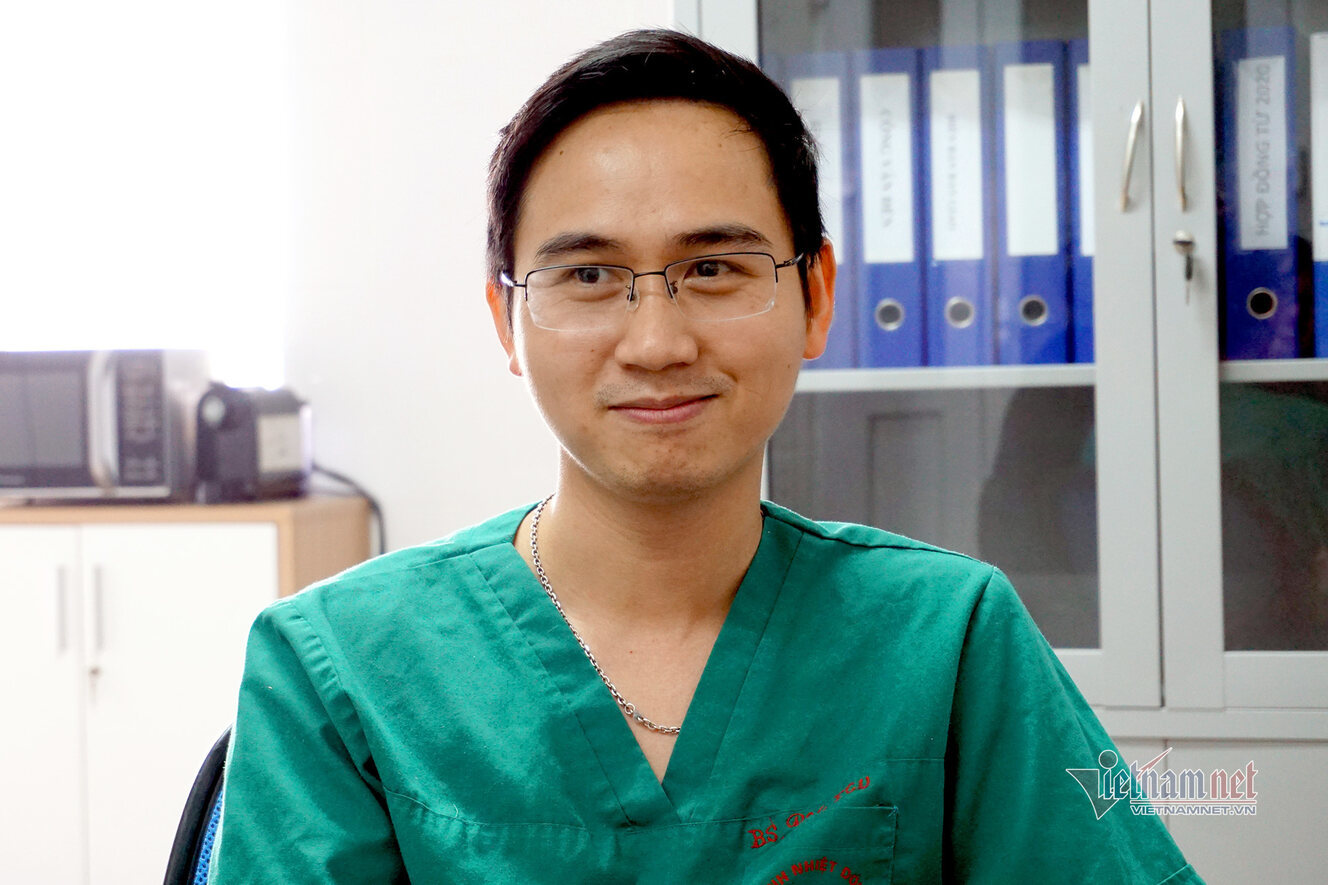 Phuc, a physician at the Intensive Care Department at the Central Hospital for Tropical Diseases, works eight hours a shift in a protective suit in rooms with no electric fans or air conditioners that have been turned off to prevent the spread of the coronavirus.

After his shift, the young doctor's clothes are often soaking wet, especially in the summer.

One day in early March last year, when just starting the morning shift, Phuc was informed that two severely ill patients would be transferred from the Department of Emergency to the Department of Intensive Care, and that other patients needed to be relocated.

“There were 10 patients at the intensive care unit at that moment. And we had to race against the clock to do a lot of work to prepare for this, from following procedures to relocateming patients, to preparing medical equipment ready for the treatment,” Phuc said.

One of them was a 69-year-old British man, and the other was patient No 19. Both of them had to be put on a ventilator.

The condition of the other patient No 19 worsened very quickly, and he needed ECMO (extracorporeal membrane oxygenation) intervention just after three days. The pathogenesis of Covid-19 had not been fully discovered by that time, so the treatment plans were unclear. Phuc became anxious as no improvement could be seen day after day.

The struggle for the life of patient 19 became fierce when he fell into cardiac arrest. Phuc received an emergency call about the cardiac arrest when he was sleeping and then rushed to the hospital to save the patient.

After electric shock and constant pressure on the heart, the patient had a heartbeat, but then lost the heartbeat again. After the second electric shock, the heart beat for 5 minutes but cardiac arrest occurred again. And the third time, the same thing happened. But physicians did not give up.

“The situation was so bad that we thought of the worst scenario, giving the bad news to his family. However, we kept struggling,” he recalled.

After 45 minutes of pressure on the heart, the patient gradually improved and physicians thought they saw a light at the end of tunnel.

That night, Phuc and his colleagues spent a sleepless night, checking all documents and analyzing test results, trying to find the reasons behind the cardiac arrest.

Phuc said he often could not sleep when he felt stressed. He did not sleep even though he was not on duty. At some moments, he experienced serious stress, sitting in a corner of the room, raising a lot of questions to himself.

The young physician was only able to escape the stress when the patient became better.

Phuc said he and his colleagues' happiest feeling is knowing that all critically ill Covid patients have been saved at the unit.

However, he understands that the pandemic is still complicated with new virus variants appearing. So he is ready for the next treatment campaign.

Phuc once stayed at the hospital for two consecutive months when the Department of Intensive Care began receiving patients. After that, he returned home and relaxed before returning to the hospital to continue his work.

For the last year, Phuc has spent more time at hospital than at his home. His wife has to undertake all the work when Phuc is at hospital.

“My daughter is two years old and she often falls sick. My wife alone has to take care of my daughter and I could not do anything to help. I feel guilty about that,” Phuc said.

After graduating from Hanoi Medical University, Phuc passed the exam to become a resident physician majoring in infectious and tropical diseases at the Central Hospital for Tropical Diseases and has been working there since.

Phuc said he dreamed of becoming a physician in childhood when he often witnessed his father falling sick. He chose to work in an intensive care unit because of the happiness he feels saving critically ill patients.

“I see patients with multidrug-resistant bacteria or critical AIDS patients with almost no chance of survival. And there are patients refused by other hospitals. But they were still saved here, and I felt very happy,” he said.

“This is what keeps me in this job,” he said.

Phuc said he was surprised when he was honored as one of the 10 outstanding young faces of Hanoi in 2021. He said that all of his colleagues are excellent in research and treatment of patients.