The price of a series of iPhone models have been adjusted in the Vietnamese market. A used iPhone X is now offered at VND13 million, a reasonable price for iPhone fans. 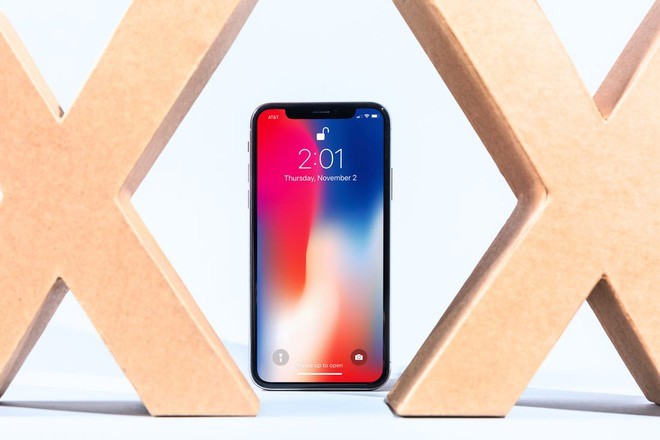 A private shop on Su Van Hanh street in HCM City is offering used iPhone X 64 GB at VND12.5 million. The owner of the shop said the price is for iPhone with no box, cable, charger and headset.

In Hanoi, similar products can be bought at the price of VND14 million.

iPhone X is also selling well in the officially distributed market. A report from GfK showed that in September, iPhone X 64 GB still accounted for 13.6 percent of the high-end smartphone market segment, or 5,500 products were sold.

High-end products are understood as products priced at VND20 million or higher.

In Q2, the smartphone model accounts for more than 20 percent of market share, with 6,000-8,000 products sold every month.

“iPhone X, with VN/A code, is the product with best sales at our chain,” said Huy Tan, communication officer of a retail chain.

Though iPhone X is still selling well, it is highly possible that Apple will stop distributing the model officially in Vietnam. The representatives of some chains and shops said the suppliers have stopped importing brand new products.

“iPhone X is no longer coming. The products we are selling are the rest in stock. After retailers finish selling the inventories, no brandnew iPhone X will be available in the market any longer,” a retailer said.

Huy Tan confirmed the information. “Suppliers have no information about the next consignments of iPhone X. It is possible that iPhone X will be in short supply in the year-end season,” Tan said.

The decision to stop distributing iPhone X is believed to be a move by Apple to help promote the sale of the next generation of iPhones. iPhone 11 has the starting price of VND22 million, very close to the price of genuine iPhone X.

iPhone X has OLED screen and tele camera, but it is inferior to iPhone 11 in both microprocessor and battery. The iPhone 11 model also has new camera features such as night mode shooting and Deep Fusion.

A retailer said that once iPhone X's disappear from the market, iPhone XR will be the replacement. This is the product between iPhone 8 Plus and iPhone 11.