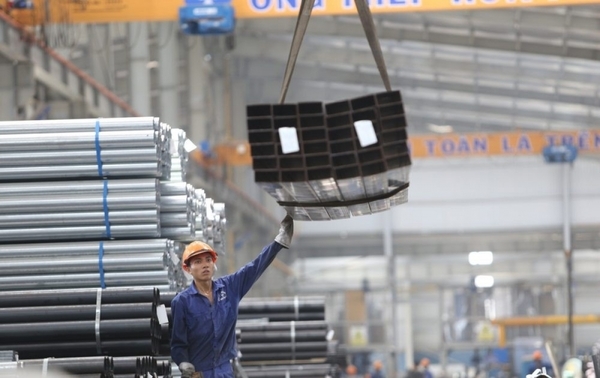 The nation exported a total of 1,568 million tonnes of iron and steel worth US$1.123 billion during the reviewed period, marking a sharp rise of 71.9% compared to last year’s corresponding period, according to data released by the General Department of Vietnam Customs.

Nghiem Xuan Da, chairman of the Vietnam Steel Association, said domestic steel consumption throughout the reviewed period was estimated to have decreased by 30% compared to the same period from last year.

In general, the local steel industry faces a number of obstacles due to five further countries, including Malaysia and Philippines which are two of the country’s major markets, conducting anti-dumping investigations into Vietnamese galvanized steel and steel pipes.

Moreover, the European Commission (EC) has recently announced plans to consider extending safeguard measures for imported steel. This comes after the EU on February 1, 2019, applied a safeguard measure against imported steel in the form of tariff quotas, with three groups of steel products from the nation being levied.

Experts have therefore advised local businesses to strive to fully tap into high-value markets such as China and Cambodia moving forward, with China expected to become a billion-dollar export market with many product lines.