Air Asia has given up its plan to set up a joint venture in Vietnam, while Vingroup has canceled its Vinpearl Air project.

On January 14, Vingroup announced its decision to withdraw investment in the aviation sector. The conglomerate owned by the billionaire Pham Nhat Vuong was the second big firm leaving the aviation market within three months. 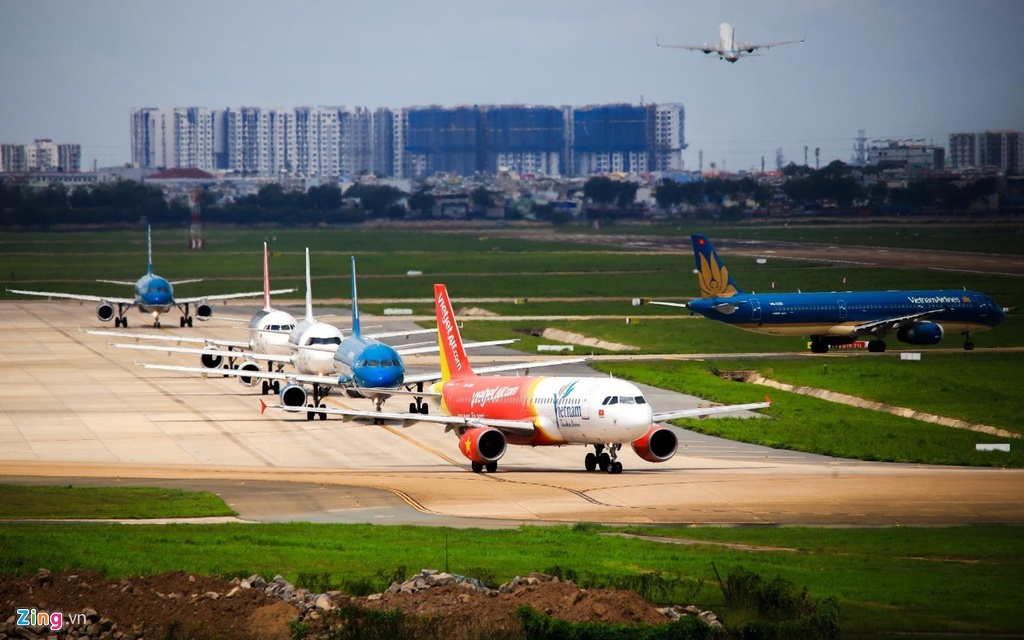 The saturation of the aviation market and the bottlenecks in infrastructure conditions are possible causes.

According to the Civil Aviation Authority of Vietnam (CAAV), in 2008-2019, Vietnam’s aviation sector grew by 17.1 percent in number of passengers and 13.8 percent in volume of cargo. Meanwhile, the growth slowed in the first six months of 2019 to 9.8 percent.

In December 2019, Lai Xuan Thanh, CEO of Airports Corporation of Vietnam (ACV), confirmed that airports have to operate beyond the designed capacity. While second- and third-class airports are operating in accordance with the designed capacity, Da Nang, Noi Bai and Tan Son Nhat all have been overloaded.

The fact that Noi Bai in Hanoi and Tan Son Nhat in HCM City have not been upgraded in capacity has hindered the development of the air route Hanoi - HCM City. This is the fourth busiest air route in the world as recognized by OAG.

No new slot and no new terminal mean little room for new investors like Vingroup and AirAsia.

Asked about the decision to leave the air transportation sector, Vingroup’s deputy chair and CEO Nguyen Viet Quang said Vingroup’s investment in the aviation sector may lead to oversupply and that Vingroup needs to develop its technology development division.

Vingroup’s statement, according to Zing.vn, showed that the enterprise does not see opportunity in the market where the competition between veteran and new airlines is fierce.

Low cost carrier Vietjet Air has been prospering since its first flights years ago, but it lost 5 percent of the domestic market share in 2019.

This is the result of the strong competition of Vietnam Airlines, which offered cheaper tickets with prices closer to budget airlines.

Five ministries have universally rejected a proposal by the transport ministry to restrict private investment in the country’s biggest airports and instead hand the job to a single company.