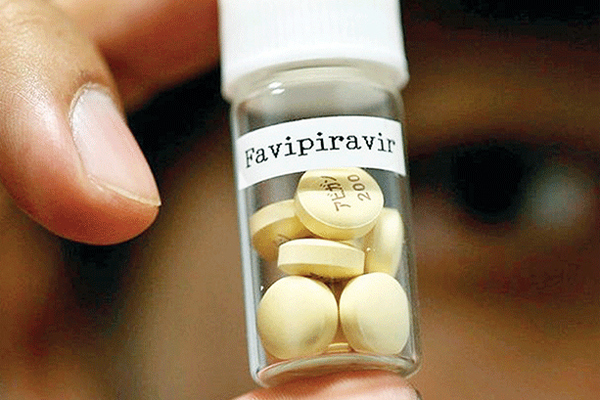 Scientists from the Institute of Chemistry under the Vietnam Academy of Science and Technology have announced they have successfully synthetized Favipiravir in labs.

Favipiravir is an antiviral drug that has been licensed in Japan since 2014 to treat influenza. Favipiravir has the same effect as Remdesivir which aims to prevent the duplication of SARS-CoV-2 virus. Many countries have approved clinical trials of this drug in the treatment of Covid-19 patients.

However, Nguyen Hong Ha, Vice President of Vietnam Association of Infectious Diseases, said Vietnam has not used Favipiravir and Remdesivir in its treatment regimen for Covid-19 patients.

The latest treatment regimen, the fifth one, released in late April, also doesn’t include these drugs. The Ministry of Health (MOH) explained that a lot of antiviral drugs have been put into trial use in the world, but the effects remain unclear, so the ministry doesn’t recommend to use them.

“No antiviral drugs have been recognized as bringing real effects in treatment. The drugs only help prevent damage consequences, relieve symptoms, not prevent the virus,” Ha said.

Favipiravir was successfully prepared in Japan in 2014 which was initially used to treat influenza.

According to Ha, the US once used Remdesivir in its Covid-19 treatment regimen. The use of the drug helped reduce a few days of symptoms compared to the group of patients who did not use the drug, to a mild degree, while the cost of treatment was high, so it did not have much significance.

The fact that Vietnamese scientists have successfully synthetized Favipiravir is good news in the eyes of Ha, as it affirms the research capability of Vietnam. However, in order to evaluate the safety and efficacy of this drug, it will still be necessary to conduct clinical trials on a large number of samples, with double-blind comparisons.

Ha said Vietnam’s strategy on treating Covid-19, which has experienced four pandemic waves, remains nearly unchanged. Vietnam has tried all the measures applied in the world.

Regularly participating in consultations about severe Covid-19 cases, Ha said the classification, screening and close watching of patients are very important in treatment. For serious cases, immediate intervention is required. This is the way to minimize the death toll.

Just over the last two months, the number of Covid-19 patients has exceeded 14,000 cases, four times higher than the three previous pandemic outbreaks.

“There are cases where patients are young but suffer severe illness. This is the response of the body to virus. However, if the patients are old, with existing diseases and cancer, the treatment will be very difficult,” Ha said.

According to Luong Ngoc Khue, director of the Department of Medical Examination and Treatment under MOH, with the appearance of the Delta variant, the proportion of asymptomatic patients has fallen to 44 percent from 80 percent, but the number of patients who may develop serious symptoms is still 20 percent. All the treatment strategies focus on this group of patients.

According to Ha, Vietnam once used plasma from recovered Covid-19 patients to treat critically ill patients. However, the method is no longer mentioned by MOH in the latest fifth Covid-19 treatment regimen, because the method was not really effective. The US once used the method to treat several thousands of cases, but the effects were insignificant.

Plasma needs to be used for treatment in the very early stage of the illness, when it is unclear which patient will become more seriously ill. There is no need to use plasma for mild sickness.

WHO recommends not to use antiviral drug

The demand for antiviral drugs, especially Remdesivir, witnessed a boom in 2020 and lasted half a year.

At that moment, the then US President Donald Trump also used Remdesivir to treat his infection after some clinical tests showed that antiviral drugs could shorten the duration of symptoms by several days.

On average, each patient needs 5-6 vials of Remdesivir, each of which is priced at VND1.5 million.

A research work conducted on 7,000 people showed that there is no evidence of Remdesivir having ‘important impacts’ on mortality, ventilator use rates, time needed for clinical improvement, as well as other important patients’ outcomes.

On May 26, 2021, a group of Iranian scientists published an article in Nature about the assessment of efficacy and safety of Favipiravir in treating Covid-19 based on 37 research works.

The article says Favipiravir helps eliminate the virus faster after 14 days of hospitalization, but there are no differences for the 7-10-day milestones. There is no difference in the rate of Covid-19 patients requiring active treatment between the group of patients taking the drug and the group not using it.

Meanwhile, 13 percent of the drug users have side effects such as nausea, vomiting, diarrhea, chest pain, increased liver enzymes, and uric acid in the blood.

The Industry of Chemistry under the Vietnam Academy of Science and Technology has successfully researched a new method for synthesizing Favipiravir, a prescribed drug against SARS-CoV-2, in the laboratory.