It's time to grant licenses to new airlines: CAAV

The Civil Aviation Authority of Viet Nam (CAAV) has sent an official dispatch to the Ministry of Transport (MoT), urging the ministry to consider granting aviation licenses to new airlines. 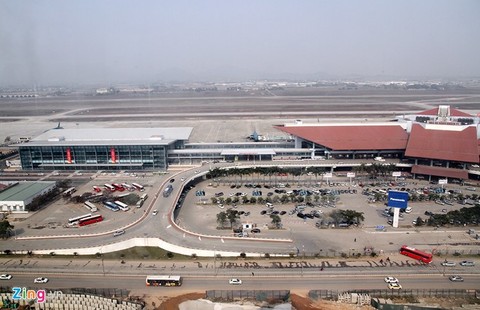 On May 14, 2020, MoT proposed the Government not to grant aviation licenses to new airlines until the aviation market started recovering from the pandemic. — Photo zing.vn

On May 14, 2020, MoT proposed the Government not to grant aviation licenses to new airlines until the aviation market started recovering from the pandemic.

The Government approved the proposal by issuing Document No.5833 in July. Consequently, no new airlines have been established since then.

As the market has begun to turn for the better, the Government directed at a regular meeting in January 2022 that relevant authorities announce a roadmap for the nationwide reopening of tourism.

Accordingly, CAAV believed it was time to also consider giving the go-ahead to new airlines.

“No new airlines have been established since the issuance of Document No.5833. The granting of licenses to new airlines is appropriate for the current pandemic situation in Viet Nam and consistent with the Government’s recent directive,” said a deputy director of CAAV.

In late May 2021, CAAV suggested MoT consider granting licenses to airlines which have no more than 10 aeroplanes, but was rejected on the grounds of Document No.5833.

One application was from IPP Air Cargo Jsc., which re-sought permission to establish a cargo airline.

IPP Air Cargo sought permission in June 2021 but the aviation authority said no in July.

The other was from a large group operating in the resort industry, which applied for a General Air Business License.

CAAV said it would review the dossier of IPP Air Cargo from February 14 to 18 and report to MoT within 20 working days.

If the dossier is given the green-light by MoT, it will be submitted to the Prime Minister for final approval.

Between January and February 2022, the total number of passengers to Viet Nam reached around 118,000.

In the early days of 2022, Vietnam’s airports were packed with passengers, which was good news for the local aviation industry and a positive sign for strong economic recovery.