A programme to promote attractive destinations in Tokyo was held in Hanoi on January 26 as part of Japan’s efforts to attract more Vietnamese tourists to its capital.

A programme to promote attractive destinations in Tokyo was held in Hanoi on January 26 as part of Japan’s efforts to attract more Vietnamese tourists to its capital. 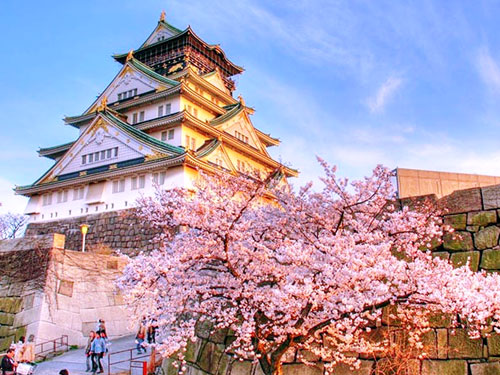 Speaking at the event, Chieko Sugisaki from Tokyo’s Bureau of Industrial and Labour Affairs said as a part of its plan to promote tourism in Vietnam in 2015 and 2016, Japanese tourism firms will organise sightseeing trips and seminars to enhance links between the two nations.

Japan will also provide financial support for Vietnam to make films about tourism in Tokyo, she added.

According to Takashi Yamamoto, General Director of the Bureau, the number of visitors travelling between the two nations has surged remarkably in recent years.

Hanoi has helped Tokyo introduce its top tourist sites through posters on Japanese festivals and destinations and videos on Japan’s localities, while Japan’s tourism sector has likewise implemented campaigns to promote Vietnam’s tourism, he noted.

In 2015, the sector will focus on improving the quality of its accommodations, developing its infrastructure, expanding free wifi hotspots, and introducing multilingual menus in restaurants and signs in public areas to lure more international arrivals.

Tokyo is now one of the leading economic centres around the globe. It boasts the world’s highest communication tower the Tokyo Skytree, and famous historical sites such as Kabuki theatre and Seno-ji shrine.