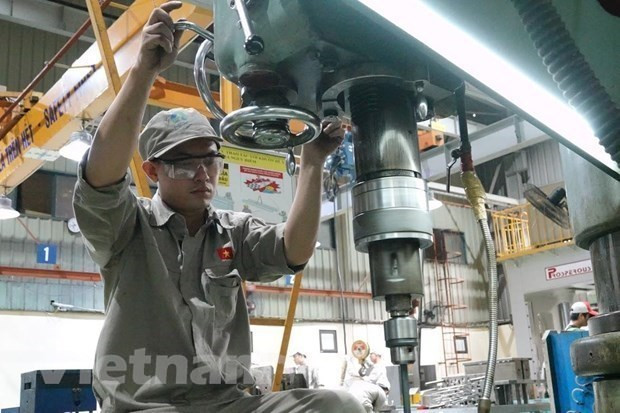 Localities in the region have also organised investment promotion workshops to popularise Vietnam’s investment environment and its advantages and potential.

In mid-May, Pandora, a Danish jewelry manufacturer, announced that it will invest 100 USD million to build a new facility in the Vietnam Singapore Industrial Park (VSIP) in the southern province of Binh Duong under a memorandum of understanding signed between two sides.

Jeerasage Puranasamriddhi, Chief Supply Officer of Pandora group, said they have chosen Binh Duong province for the availability of skilled workforce, its infrastructure and proximity to international airports, adding that the enthusiasm, support and strong commitment the group receives from the local administration was also a reason.

According to the provincial People’s Committee, in the first four months of this year, Binh Duong attracted a total of 2.35 billion USD in 16 new projects, nine existing ones, and from the contribution of capital of 53 businesses. Meanwhile, since the beginning of this year to April 20, 1.28 billion USD had been poured into Ho Chi Minh City, up 12.2 percent year-on-year.

Notably, Coca Cola’s over 136 million USD project – the largest FDI one in Long An in Q1 – received the investment license just one day after its dossier was submitted.

Nguyen Van Danh, Vice Chairman of the People’s Committee of Binh Duong which attracted the largest amount of FDI in the first four months, said that in the coming time, the locality will continue holding online investment promotion conferences with other countries, actively expanding international cooperation, and establishing bilateral cooperation with provinces and cities of countries.

It will focus resources on completing transport infrastructure and that of industrial zones, training human resources, and stepping up administrative reform.