The Cuu Long (Mekong) Delta province of Kiên Giang invested more than VND645 billion (US$28.2 million) in fishing infrastructure in 2020, according to its Department of Agriculture and Rural Development. 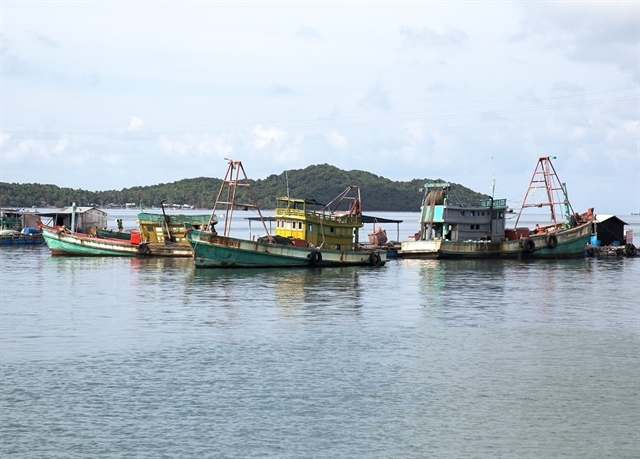 It is building a storm shelter in Phu Quoc District’s Tho Chu Island and upgrading an existing port in the vicinity. It costs VND154.2 billion ($6.7 million), with VND32 billion spent in 2016-20 and the rest to be invested in the next five years.

Three storm shelters were built this year in Kien Hai District’s Hòn Tre Island, Hon Dat District’s Linh Huynh Commune and at the mouth of the Cai Long – Cai Be River in Chau Thanh and An Bien districts.

It upgraded and reopened Tac Cau Fishing Port in Chau Thanh District and An Thoi Fishing Port in Phu Quoc District in October 2020, and they can now accommodate ships with a capacity of 600CV.

The province would speed up construction of many ongoing technical infrastructure works, he said.

Nearly 3,700 of the 3,992 local fishing boats with a length of at least 15 metres have installed black boxes as regulated.

The installation has been slow since many have stopped going fishing due to financial difficulties or lack of crew, meaning many boat owners do not have the money to install the black boxes, according to the department.

The province’s seafood catch in 2020 is estimated at more than 572,000 tonnes, 15 per cent higher than the target but down 5 per cent from the previous year.

The COVID-19 pandemic could provide a good opportunity for the Vietnamese fisheries sector to increase its share in oversea markets, especially with foreign rivals engulfed by lockdowns or other forms of restrictions, experts have said.