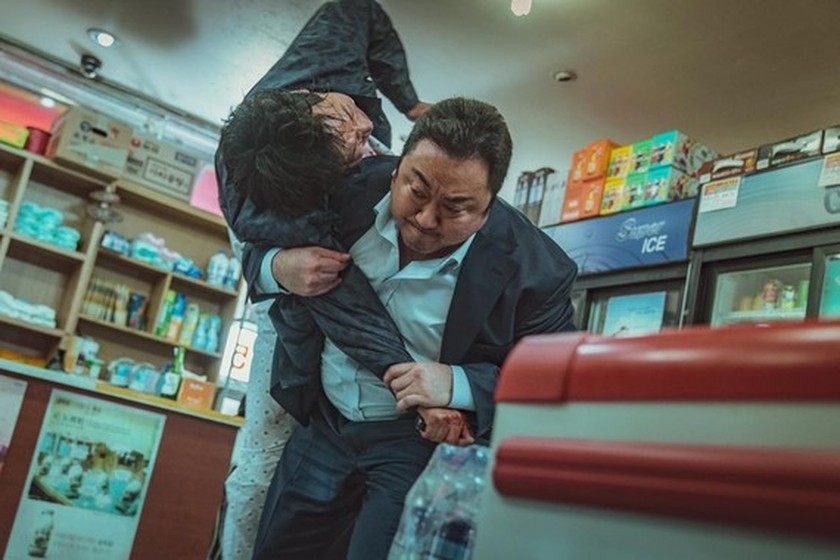 A scene in the film

Vi Kien Thanh, Director of the Cinema Department, Ministry of Culture, Sports and Tourism, today said that The Roundup hit movie in Korea was not licensed to be screened in theaters in Vietnam because there were too many violent scenes.

According to the director of the Cinema Department, the violence level of the film is rated C18 which means the film is only suitable for audiences over 18 years old, so the Board of Review decided that this film will not be released in Vietnam.

The Roundup is the sequel to The Outlaw 1, a crime action film that once hit the Korean big screen when it was released in October 2017.

The Roundup tells the story of detective Ma Suk Do (played by actor Ma Dong Seok) who travels to Vietnam to extradite a suspect only to find out about additional murder cases involving an unknown killer because the killer has committed crimes against Korean tourists in Ho Chi Minh City in Vietnam for many years.

The film’s scenes are shot in Korea and Vietnam, with many action scenes and crime scenes. Due to the complicated Covid-19 development in Ho Chi Minh City last year, the film crew could not come to Vietnam to record as planned; therefore, they had to create the scene right at the suburban film set and edit it with graphic techniques.

The official 1-minute trailer of the film attracts attention with some familiar contexts in Vietnam, yet there are pretty bloody violent scenes. The Roundup premieres in Korea in May 2022 and attracts nine million moviegoers after 20 days of release. This is the 28th movie at the Korean box office to reach 10 million tickets sold.