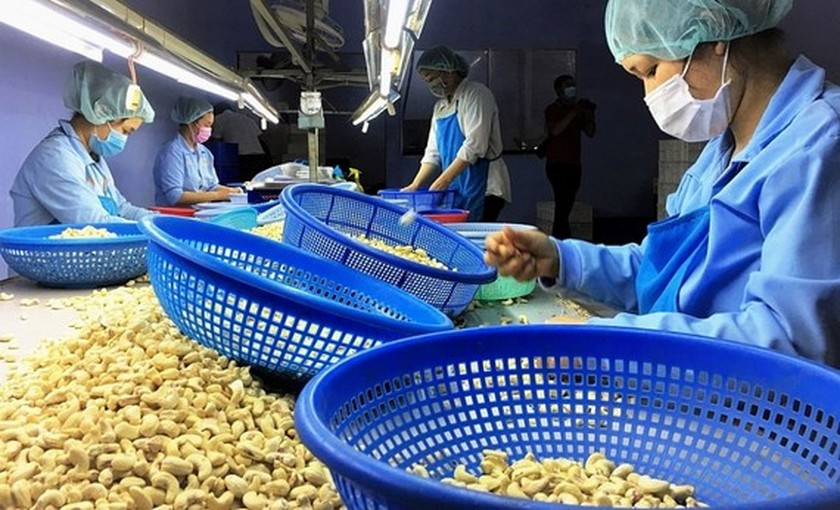 However, in the last months of this year, many export companies are finding it difficult to cope due to various obstacles cropping up.

When asked about the situation of enterprises in the garment industry in the last months of 2022, Mr. Pham Xuan Hong, Chairman of the Textile and Garment Embroidery Association in Ho Chi Minh City, said that what businesses are more worried about right now is the lack of orders. In previous years, at the beginning of the fourth quarter most of the orders were already confirmed.

However, this year the global inflation affecting many countries, along with the ongoing Russia and Ukraine conflict has affected the international markets to a great extent, with many major markets showing signs of cooling down.

Consumers are also tightening spending worldwide and purchasing power has subsequently decreased sharply, especially for non-essential and luxury goods. This situation has led to the cancellation of orders for most of the textile and garment enterprises in Vietnam.

Currently, many of the garment enterprises are struggling to maintain production and also resorting to cost cutting. Many businesses have now reduced working hours or are looking to exploit the local domestic markets.

Mr. Hong believes that the current situation is difficult to assess and forecasts that the end of the year orders are uncertain. The export turnover plan may now not meet its target for the whole year of reaching USD 42 bln to USD 43 bln.

The wood export companies are also facing many difficulties, similar to the garment export industry. In the first half of 2022 most of the businesses involved in the wood industry were busy in fulfilling large export orders, especially to major markets. However, now the statistics show that the situation has worsened with orders dwindling to a large extent.

The latest survey of the Handicraft and Woodworking Association of Ho Chi Minh City (HAWA) showed that 47 out of 52 member enterprises admitted that export orders had decreased significantly.

The remaining 5 enterprises said that orders were continually increasing by 10 percent to 30 percent.

It is not just the expected orders that are being reduced but even orders in production are being canceled by buyers.

Customers are using the excuse that warehouses are currently full of goods and inventory that cannot be sold, some of which have been deposited in warehouses in Vietnam awaiting for delivery date.

Some businesses even say that customers only paid the deposit and then asked the factory to sell the goods themselves in the domestic market.

This crisis situation arose after a serious decline in purchasing power of consumers in major markets, especially the large US market. An assessment of the prevailing situation shows a gloomy scenario for the wood export industry in Vietnam.

The seafood industry is also worried about forthcoming orders. Speaking with Saigon Investment, Mr. Truong Dinh Hoe, General Secretary of the Vietnam Association of Seafood Exporters and Producers (VASEP), said that there are too many problems for exports of seafood in the fourth quarter of this year and growth has slowed down substantially compared to previous years.

Currently, many of the seafood companies are concerned about inventories in export markets reaching high levels due to high imports in the first half of the year.

Several export contracts have been placed on hold and there are even contracts that have been completed but have been postponed until the end of the year.

Statistics by VASEP show that at the end of August the situation of exports to many markets showed strong signs of deceleration.

Seafood exports from Vietnam to the US market showed signs of slowing down in May, after soaring 85 percent in April.

These turned to negative growth from June showing a decrease of 8 percent compared to the same period last year. In July, seafood exports to the US market dropped further to 30.5 percent.

On the other hand, seafood exports to the EU market grew by 31 percent in the second quarter, but by July the growth rate dropped to just 18 percent.

Although some key products still have high export value compared to the same period, but when compared to the previous month they have decreased to a great extent with a lower growth rate.

Although seafood exports to China continued to increase by 25 percent in July, there are also signs that show that market demand is slowing down.

Mr. Hoe said that this year the seafood industry may still complete the goal of USD 10 bln, but if the fourth quarter demand increases, then seafood exports too will show better results.

All export enterprises are currently struggling to find ways to maintain production, while simultaneously looking to exploit and develop a parallel domestic market.

However, Mr. Pham Xuan Hong sees this move as unfeasible because export orders are often very large while the domestic market is small.

Hence, the domestic market can only resolve a small part of this problem. Finding new markets as an alternative to large markets that have declined is not easy to fulfill in practical terms.

When major markets like the US and the European Union reduced or canceled orders due to inflation pressure or lack of consumer demand then the same situation is very much prevalent in other markets as well. Trade lawsuits in many markets also tend to protect domestic production units.

Many businesses now say that they may have to shrink and reduce the scale of production, which will cause many workers to be laid off. In fact, it is not until now that the story of market diversion has been mentioned.

However, many key export industries still revolve around traditional markets. Because as analyzed, the new market is not easy to enter, plus the needs of many markets are not large, and businesses are not interested in small orders.

A severe lack of orders has caused immense difficulties for so many export businesses. However, this is not the only challenge that these businesses are facing.

In a meeting at the end of August that was organized by the wood industry, HAWA said that from a survey of 52 member enterprises up to 29 businesses complained that they did not receive any credit and loan support.

Credit has been denied to many businesses that need capital resource for production. This has added to the many challenges and difficulties facing the export enterprises in Vietnam.