The last domesticated elephant in the northern Central Highlands region of Vietnam has died at the age of 50.

On Thursday, Ya Tao was taken to Ia Tul River to drink water. Just a short time later, it suddenly fell on by the river bank and then died. 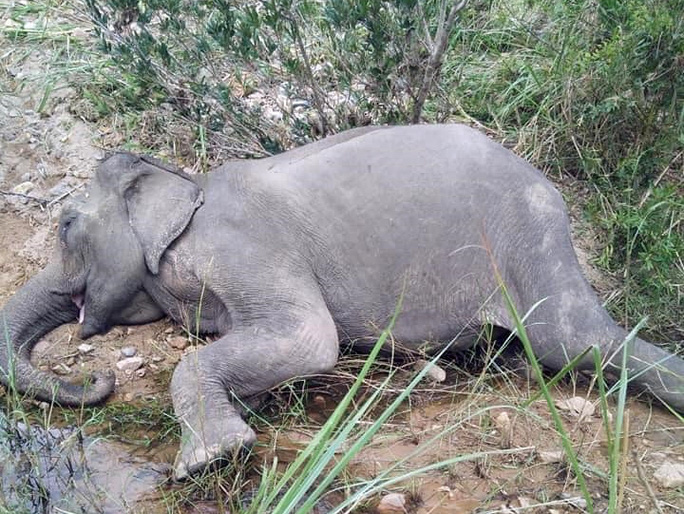 Ya Tao suddenly fell on by the bank of  Ia Tul River and died on December 3.

"The elephant has been living with our family for many years. We will bury him by the river. Ya Tao had been having signs of exhaustion and losing appetite before the death,” said a representative from Siu Kiem’s family.

Ya Tao was bought by Ksor Cham in Chu Mo Commune from a market in Dak Lak Province in 1990. After Cham died, his son-in-law Siu Kiem took care of the animal.

The northern Central Highlands region of Vietnam consists of Gia Lai and Kon Tum provinces which used to be well-known for taming a large number of wild elephants. But the mighty animals have largely died due to war, old age, and deforestation.

A file photo of Ya Tao.

In 1975, Nhon Hoa Village in Chu Puh District and Chu Mo Village in Ia Pa District in Gia Lai Province had 30 domesticated elephants. The figure dropped to 14 in 1992. Since 2014, Ya Tao was the only elephant in the region.

According to a report from Pan Nature, a Vietnamese non-profit organisation, Vietnam is now home to around 124-148 wild elephants, focusing in Son La, Nghe An, Ha Tinh, Quang Nam, Dak Lak, Dak Nong, Dong Nai and Binh Phuoc; compared to 1,500-2,000 in the 1990s.

The Ministry of Agriculture and Rural Development also reported about the sharp decline in the domesticated elephant numbers with just 91 raised in 11 cities and provinces compared to roughly 165 in 2000.

Deforestation, rampant hydropower plant construction and ivory hunting are among the major causes leading to the problem.

The Dak Lak Elephant Preservation Centre indicated that between 2012 and 2018, at least 18 wild elephants in the province were found to have been killed for ivory. Dtinews/Nguoilaodong

The Dong Nai Provincial Forest Ranger Department on September 2 announced that a newborn elephant has been spotted in a forest in Dinh Quan District.