With fresh changes made by the National Assembly in the investment and enterprises laws, businesses are expected to benefit more from new improvements in the business climate.

On November 20, supply pipes at a water plant owned by Song Da Water Investment JSC – a key fresh water supplier in Hanoi – broke again, leaving more than 60,000 households in the city with no access to water.

The incident occurred only weeks after the recent notorious scandal over polluted water supply, disrupting the lives of 250,000 local households in inner districts of Hanoi. It triggered National Assembly (NA) deputies at last week’s agenda over the necessity to add clean water supply to the list of conditional business lines in the draft amendments to the Law on Investment 2014 to ensure social security.

Deputy Truong Trong Nghia representing Ho Chi Minh City said, “Clean water supply is an extremely important security issue, especially in big cities, so we should add it to the list of conditional business lines, with no permission to transfer stakes outside of Vietnam.”

Nghia’s recommendation was echoed by a number of other NA members. Nguyen Thi Xuan Thu representing the southern province of Khanh Hoa reminded people of the Viwasupco crisis, adding that thousands of people were forced to queue for tap water.

“These types of incidents cause the state to more strictly manage this business by law, and it should be added to the list of conditional businesses,” Thu noted.

While welcoming other positive changes in the draft amendments to the Law on Investment, including the removal of 12 conditional business lines, revision of 19 others, and the addition of six new ones, NA deputies recommended some revisions.

“It is necessary to assess their impact, while making consideration into amending regulations on the list of conditional business lines to ensure their feasibility, and to further improve the business climate,” suggested Tran Van Tien, NA deputy for the northern province of Vinh Phuc.

Other issues were also aired, involving funding incentives, levels of acquisition of stakes, and conditions for investment from overseas.

The majority of NA deputies agreed on the necessity of amending regulations on investment incentives and supporting policies towards adding beneficiary sectors to ensure rights of enterprises, but also proposed new points.

“It should not let the government rule the pilot application of new investment models and new economic models, and investment incentives for them as regulated in Clause 4 of Article 19. The supplementation of a regulation on support from state funding needs further study,” said Tien.

Under the draft, sectors added to attain investment incentives include research and development, business of products as a result of scientific research, innovation activities, and manufacturing of goods or services created from or joining value chains.

Some NA deputies, however, recommended business line lists should be aligned with the country’s global commitments.

“It should deal with ­inconsistencies in the application of Vietnam’s commitments in free trade agreements which have different approaches in market access, while ensuring enough room for the government in negotiations with partners in the future,” said NA deputy Nguyen Thi Kim Be representing the southern province of Kien Giang.

Discussing the draft amendments to the Law on Enterprises 2014, NA deputies concentrated on the regulations of state-owned enterprises (SOEs), household businesses, and business climate improvement.

Tran Hoang Ngan, a Ho Chi Minh City deputy, said that draft amendments should have some regulations for stricter control. “For example, the procedures for business establishment are too loose, thus possibly resulting in bogus businesses and tax losses. We should have regulations on post-investigation in business establishment to create a transparent and healthy environment,” Ngan said.

For the addition of five million household businesses to the subject of the draft amendments to the Law on Enterprises 2014, NA deputies recommended the drafting committee in order to carefully consider this to prevent any negative impacts on them.

“It is necessary to have assessments about the possible impacts and consider building a specific decree on household businesses to encourage and manage them effectively,” said deputy Bui Thi Quynh Tho representing the central province of Ha Tinh. Another important point in the draft amendments that NA deputies proposed a change to, in order to increase attractiveness of equitisation of SOEs, is a regulation that they can have over 50 per cent state stake.

“The processes are less appealing to investors because of the state’s controlling stake. Therefore, careful consideration should be made into this,” he added. VIR

Law on Public Private Partnerships - a breakthrough in investment 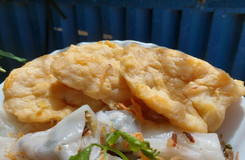