Leather firm asks for permission to pay fines by instalments

VietNamNet Bridge – Hao Duong, a leather firm hit with record fines for polluting the environment, has been trying to delay payments of fines, saying it has financial difficulties.

VietNamNet Bridge – Hao Duong, a leather firm hit with record fines for polluting the environment, has been trying to delay payments of fines, saying it has financial difficulties. 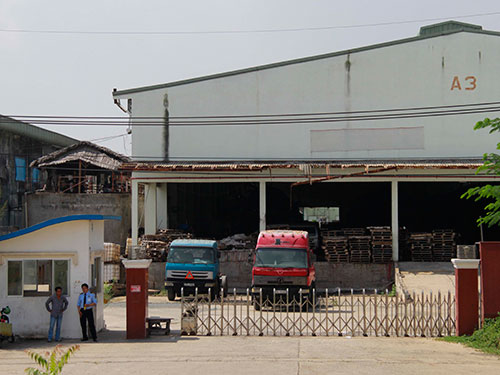 The HCM City Department of Natural Resources and the Environment in November 2014 imposed a fine of VND6.3 billion on Hao Duong for discharging untreated waste water into the environment.

The company was told to pay VND2 billion in fines for “administrative violations” and VND4.3 billion for “illegal benefits”.

One year before that time, the police discovered Hao Duong Company pumping waste water into Dong Dien River with a capacity of 2.100 cubic meters per day. The watchdog agency, after analyzing a waste water sample, concluded that the concentration of pollutants was higher than the permitted levels by tens to hundreds of times.

However, Hao Duong still has not paid the fine.

The city’s environment department, citing Article No 79 of the law on sanctions against administrative violations, said that Hao Duong has the right to ask for payment installments if it has financial difficulties. The “financial difficulties” must be certified by the taxation agency, and they have to apply for the payment delay within a certain time.

However, Nguyen Thi Thanh My, deputy director of the department, said on January 7, that the deadline for the official petition submission was over.

Dao Anh Kiet, director of the department, said that Hao Duong would have to receive appropriate sanctions for its violations.

“Our principle is that Hao Duong must settle all the consequences it caused before it resumes operation,” he said.

However, Kiet has proposed to relevant agencies to find solutions to help Hao Duong and other leather firms with waste water treatment technology, for the sake of the city’s economic development and the benefit of thousands of workers.

This is not the first time Hao Duong tried to delay fine payments. In the past, it delayed a payment of VND650 million for an environmental protection fee.

Nguyen Van Truong, deputy chair of the Nha Be District People’s Committee, confirmed that the company has not done much to settle the problems it has caused.

Besides the VND6.3 billion unpaid fine, Hao Duong also still owes money to the social insurance agency and has not paid monthly salaries to its workers.

Truong said he does not support the idea of allowing Hao Duong to pay the fine in instalments.

“It discharged dirty waste water into the environment for years and it made a fat profit because it did not have to spend money to treat the waste water,” he added.