VietNamNet Bridge – Daily securities trading volumes have been soaring since the beginning of the year, a phenomenon completely unexpected by observers and investors.

VietNamNet Bridge – Daily securities trading volumes have been soaring since the beginning of the year, a phenomenon completely unexpected by observers and investors.

According to official reports, the current daily total trading value of both the Hanoi and HCM City Stock Exchanges comes to an average of about VND6.7 trillion. Trading sessions with 300-350 million stocks successfully transacted have become increasingly commonly. 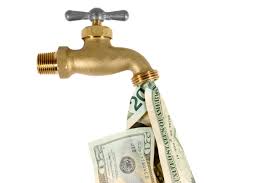 Nguyen L became a securities investor 10 years ago when he poured money into Vinh Son Hydropower (VSH) JSC’s stakes. At that time, VSH was traded on the over-the-counter (OTC) market, at VND10,000 per share on average. L sold the stakes one year ago and made a profit of VND56 million, a sum of money equal to the annual income of a state employee.

In late 2013, he decided to buy shares of a real estate firm. The price of the shares increased by two fold in only six months, netting him a relatively quick 100 percent profit.

T, an investor familiar to many securities brokers, incurred big losses three years ago, when the market unexpectedly tumbled. She could not imagine that the price performance would one day make such a drastic about face.

“The prices of the shares I bought one year ago have increased by two or threefold. If I sold them now, I would make a fat profit,” she said. However, T does not intend to sell her stakes any time soon. “The stock market has escaped its gloomy days. I believe that the stock prices will go up further,” she said.

Unlike T, however, one director of a securities company remains cautious when discussing the stock market’s prospect over the next three months. While affirming that the market is indeed heating up, he believes now is the right time to sell stocks and take a profit.

“The market is excessively hot, which may signal a downturn,” he said.

Representatives of three out of the 10 top securities brokerage companies all like to quote the same figure: since the beginning of the year, funds in investors’ accounts have increased 50 percent. The money is from three sources – new investors; the investors who have re-activated their accounts after a long period of interruption; and from the existing shareholders who pay in more cash.

There has been no official report detailing what percent of the cash flowing into the market is from people’s idle capital and what percent is from bank deposits.

However, observers note that the capital is the liquid money. Investors make investments with their own money, not borrowed cash. This means that investors do not have to withdraw money to pay debts due and there is no need to be concerned about a massive capital withdrawal taking place.

Securities companies now are reportedly thirsty for capital for margin trading services. Since most of them have modest capital, they have to seek capital from third parties to satisfy clients’ demands.

L, a securities investor, says he lends the idle money in his account to a securities company at an interest rate of 8.5 percent. “The company can seek capital from banks, but it would be better to borrow from investors like us, because we can offer lower interest rates,” he said.