Since credit has been growing slowly because of low demand from businesses, commercial banks have increased the number of consumer loans to ‘liberate’ their plentiful capital. 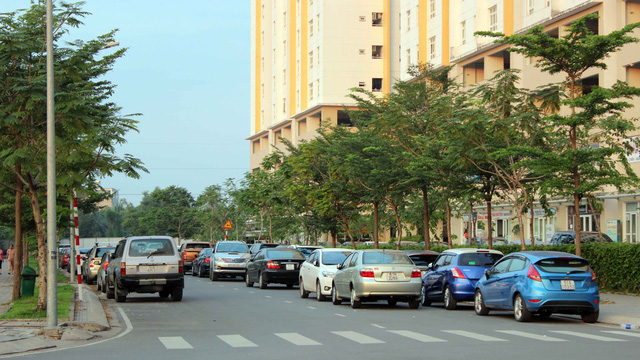 Woori Bank is lending to fund car purchases at the interest rate of 7 percent per annum, applied to the first 12 months.

HongLeong Bank quotes an interest rate of 7.55 percent per annum for the first 12 months and 8.55 percent for 24 months, Standard Chartered 7.25 percent and 8.49 percent, and Shinhan Bank 7.69 percent and 8.6 percent, respectively.

VietinBank, one of the ‘big four’ banks, is lending at 7.7 percent, and Saigon-Hanoi is offering car loans at 6.8 percent for the first six months. At Maritime Bank, clients can borrow money to buy cars at 6.99 percent.

As for Vietnamese banks, the interest rates are between 6.59 percent (Maritime Bank) and 7.8 percent (BIDV).

AnBinh Bank has slashed the interest rates of consumer loans for the fourth time, applying to loans commencing from September with the lowest interest rate at 5.9 percent per annum.

Analysts commented that the interest rates of car and home loans have become nearly equal to the 6-12 month term deposit interest rates. Banks are also ‘indulging’ clients by providing loans worth up to 70 percent of the value of houses and cars.

They said car and house buyers now can enjoy big benefits as car and house supply is abundant, and prices are reasonable, while banks are ready to disburse money.

Finance reports of some profitable banks show that their profits were caused by the increase in consumer loans.

Techcombank said real estate credit and personal loans are the focus of the bank. The loans provided to fund house purchases account for 44 percent of total retail outstanding loans.

Can Van Luc, a finance expert, commented that at this moment, when the economy is struggling to recover from the Covid-19 crisis, consumer loans will help stimulate general demand, thus supporting economic growth.