Australia's renowned travel guide Lonely Planet has selected the seven best road trips in Vietnam, spanning from the country’s north down to its southern reaches. 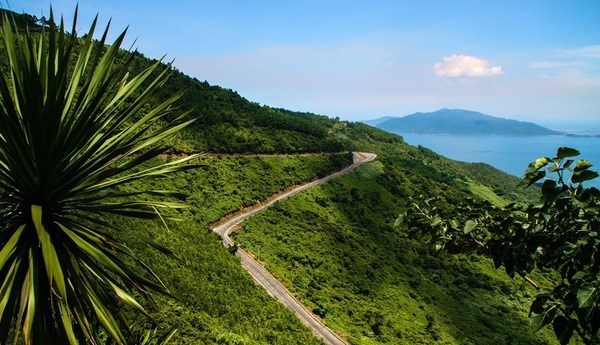 Heading the list is the 20-km Hai Van Pass, which connects the central province of Thua Thien-Hue and the central city of Da Nang, with jungle-clad mountains on one side and cliffs plunging down to the East Sea on the other. The pass offers visitors a trip amid a dramatic setting, which makes it one of the most widely Instagrammed places in the world.

Statistics from Pentagon Motor Group (PMG) put the Hai Van Pass at fourth out of the 10 most checked-in destinations in the world, with more than 52,000 photos.

Ma Pi Leng Pass, meanwhile, is widely regarded as the most scenic stretch of the 350-km Ha Giang Loop in northern Ha Giang province, with emerald Nho Que River cutting through a landscape of jagged mountains. Visitors are reminded to factor in half a day to enjoy a quiet boat trip along the river and a spot of swimming.

Also among the best road trips in Vietnam is the 80-km drive between Cao Bang and the cascading Ban Gioc Waterfall on the border with China. The route takes adventurers through some of the most pristine pastoral land found in the country’s north. Lush farmlands, villages of stilt-houses, and crystal-clear lakes all feature on the itinerary.

Fourth on the list goes to the 134-km drive between Da Lat in the central highlands and Nha Trang on the south-central coast. From the cool climes of the highlands down to sunny beaches, this short road trip is known for its changing scenery and various microclimates.

At the fifth place is the 70-km trip from Ho Chi Minh City to My Tho in the Mekong Delta’s Tien Giang province. The drive typically allows visitors to lose themselves down tiny riverside laneways and byways. Here, life moves at a very different pace compared to the buzzing streets of Ho Chi Minh City.

Isolated from the mainland for many years, the Con Dao islands are one of the country’s most impressive natural wonders. Con Son, the largest and only inhabited island in the archipelago, has just one main road, which stretches along its spine, making a motorbike trip both the best way to take in the rural splendour and the best way to “beach hop” between gorgeous deserted sands. Dam Trau is the only beach in Vietnam among the world’s top 25 beaches, as selected by Travel+Leisure magazine.

And finally, the Ho Chi Minh Highway connects Hanoi and Ho Chi Minh City and is one of the best road trips the country has to offer. Driving a motorbike along the 1,880-km route takes about two weeks and is an exciting experience for adventurers of all stripes.