MOF has sent a document to the Ministry of Planning and Investment (MPI), showing its opinions about the draft report on the results of the feasibility study evaluation of Long Thanh International Airport (phase 1). 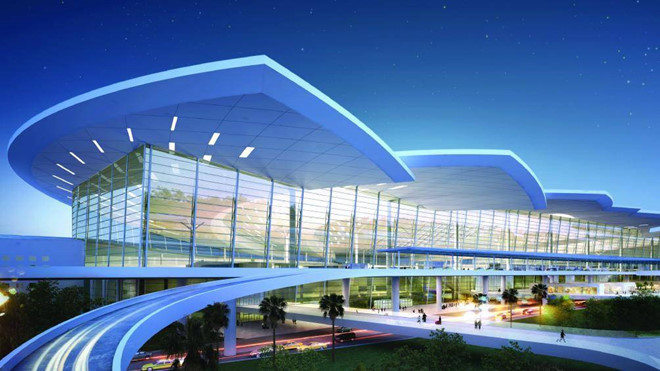 The draft report showed that the total investment capital after the verification and update in accordance with the Decree 68/2019 is VND109.111 trillion, or $4.66 billion.

Meanwhile, the consultants pointed out that many materials, equipment and machines to be used for the project are available in the domestic market, and friendly to the environment.

Therefore, MOF has requested that MPI ask the verification consultancy firm to explainwhy the investment rate of Long Thanh project is higher than the other projects, as well as advantages and distinctive characteristics of Long Thanh compared with the projects (if any).

MOF also expressed its worries about the financial capability to implement the project, especially in the context of Covid-19.

Under a National Assembly resolution, the project will be implemented with capital to be mobilized from investors, without the government’s guarantee. The component projects No 2 (the works that serve flight control) are worth VND3.176 trillion, will be implemented with capital from VATM (Vietnam Air Traffic Management Corporation), including VND1.588 trillion from VATM equity and VND1.588 trillion from loans.

As for component projects No 3 (the essential works of the airport), the investment value will be VND93.088 trillion and will be developed with capital from the Airports Corporation of Vietnam (ACV), including VND36.102 trillion from ACV and VND56.989 trillion from mobilized capital.

This will be a huge amount of capital. Meanwhile, ACV is investing in a series of projects.

VATM has also been assigned to implement many projects on building and upgrading airports, terminals and air traffic control station, and buying equipment to ensure flight operations.

Since March, Covid-19 has hit the whole economy hard and affected the aviation sector.

“The business results and the resource accumulation of ACV and ATM in 2020-2021 and in the time to come may be not as high as planned,” MOF warned.