Gardeners, farms and cooperatives need to sell 700 tons of longan a day, but collectors and distributors cannot access the growing areas because of Covid-19 restrictions. 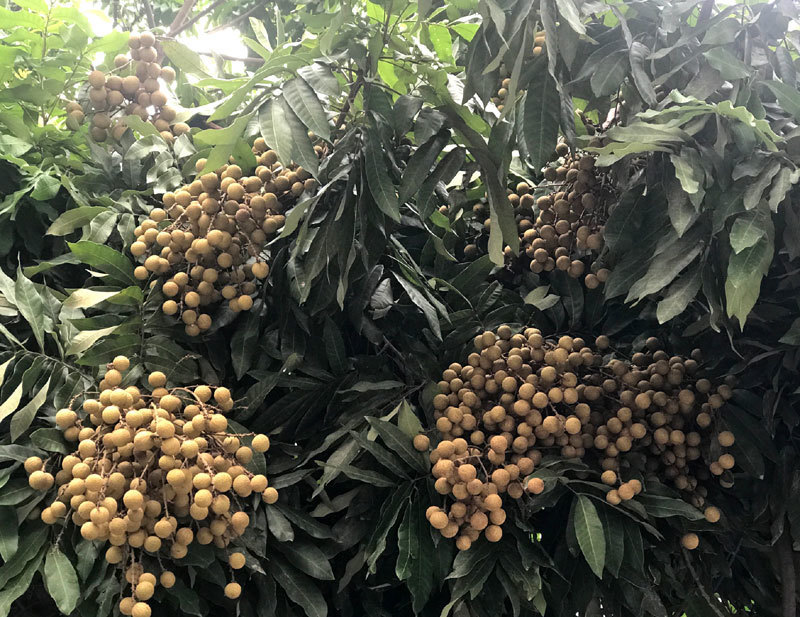 According to Taskforce 970, in charge of coordinating producers and distributors of farm produce for southern provinces, in Dong Nai, farmers market 10,000 pigs a day, of which 1,300 pigs (15 percent) are sold in the province, while 85 percent are provided to HCMC and neighboring provinces.

Local farmers need to market 100,000 chickens a day, of which 5 percent is for local consumption and 95 percent for HCMC and neighboring provinces.

Reports show that the amount of cattle and poultry meat provided to HCMC has been stable since July 25, but demand is lower than in pre-social distancing days.

As of July 25, 388 farm produce and foodstuff suppliers had registered with the Taskforce 970. The amount of goods promised to be provided until July 31 is plentiful and there are signs of excess fruits, livestock and seafood products.

The output of purple sweet potatoes and pineapple has soared, while the cucumber supply exceeds demand. Among fruits, longan has the highest registered amount, about 700 tons per day.

The People’s Committee of Xuyen Moc District of HCMC some days ago reported that local farmers still could not find the outlet for their 1,400 tons of longan.

Xuyen Moc’s farmers said it is the high longan harvesting season, but sales have been very slow. The longan price has dropped to VND15,000 per kilogram, which is just one third of previous years.

Meanwhile, petty merchants said it is very difficult to get into growing areas, collect longan and transport products because of the lack of workers and high transportation costs. It takes a lot of time to follow procedures at checkpoints.

Farmers are facing difficulties in selling longan and bananas. Because of Covid-19, distributors cannot reach all growing areas.

The supply of shrimp, fish and saltwater fish has also increased rapidly. Though the number of suppliers of livestock products is low, there are still signs of oversupply of chicken and pigeons from eastern provinces in the south.

Prior to that, the HCMC People’s Committee, together with the Taskforce 970 and Ministry of Investment and Trade conducted a field trip to three wholesale markets of Binh Dien, Thu Duc and Hoc Mon, setting up some farm produce gathering yards and temporary transit stations during the time wholesale markets remained closed.

The Taskforce 970 has established local working groups in 19 southern cities/provinces under social distancing, in charge of coordinating production and distribution, and helping accelerate the consumption of farm produce.

Postmart and Vo So e-commerce sites have been assigned to place farm produce on sale, thus promoting the digital economy in agriculture and rural development.