Many new models have been imported to Vietnam from China. BEIJING X7, imported by a business in Hai Phong, proves to be the most interesting. It has three versions with prices from VND528 million to VND688 million. 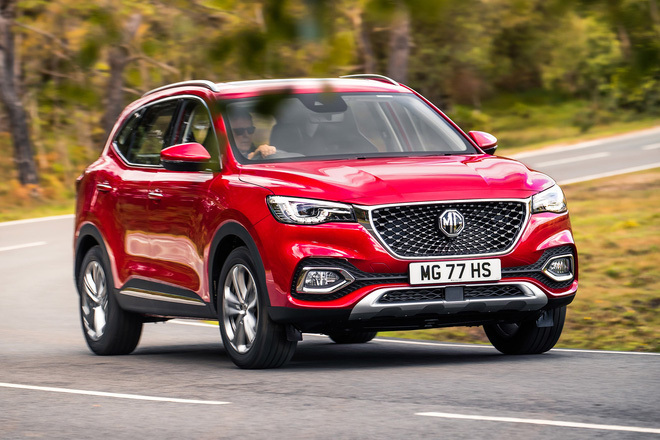 BEIJING X7 looks modern and has luxury components, but has reasonable prices.

Classified together with Honda CR-V, Mazda CX-5 and Hyundai Tucson in the same segment, BEIJING X7 has a larger size and modern components and features.

MG was a British well-known brand and has fallen into Chinese hands. MG cars that are distributed in Vietnam are all developed in China. The model has good design and utilizes modern technologies.

Meanwhile, Brilliance V7 was brought to Vietnam earlier this year. It was developed on the basis of BMW X3, using BMW’s N18 engine. Priced at VND700 million, the model caused a ‘slight fever’ in the market as it has some features in the X3.

Prior to that, Zotye Z8 and Baic BJ40, with selling prices of VND700-900 million, also caught public attention.

A car dealer in Hai Phong City said Zotye Z8 has the highest accumulated sales with hundreds of products sold since 2017. Baic BJ40 and Brilliance V7 have had lower sales.

BEIJING X7 is the most interesting model, he said. More than 10 cars imported in the first import consignment have been sold. The number of customers is increasing and they are waiting for delivery. The next import consignment is expected to arrive in January 2021.

A customer said he owns a Lexus RX 350, but he was curious about the Chinese new model and decided to go to Hai Phong to see it. Developed by the Chinese BEIJING company, including the engine, the features of the car are nearly the same as a luxury car from Europe which is priced at VND2 billion in Vietnam.

However, he was not sure about the durability and reliability of the Chinese model. What made him decide to buy the car was the warranty for either 5 years or 100,000 kilometers.

Most Vietnamese doubt the quality of Chinese cars. Analysts say the common characteristic of Chinese imports is that they sell well at the launch, but then later, sales start to decrease dramatically.