Major transport projects to get underway this year, others to be completed 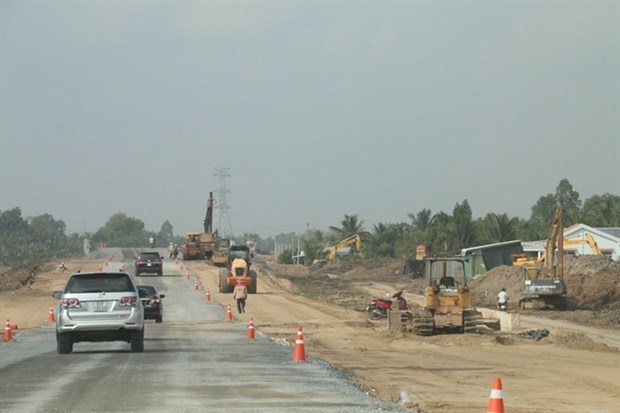 In the third quarter, it will begin work on two sub-projects in the eastern section of the North-South Expressway, between Nha Trang and Cam Lam in Khanh Hoa province and between Cam Lam and Vinh Hao in Khanh Hoa, Ninh Thuan and Binh Thuan.

Construction of the 8.7km Tan Van-Nhon Trach section in Dong Nai province, part of Ring Road No 3, will begin this quarter. It will run between Provincial Highway 25B and the Ho Chi Minh City-Long Thanh-Dau Giay Expressway.

Work on terminal T3 at Tan Son Nhat International Airport in HCM City and a bypass around Long Xuyen City on National Highway No 91 in the Mekong province of An Giang will begin in October.

The ministry also wants to complete a number of ongoing major transport projects this year, such as two sections of the North-South Expressway between Cao Bo and Mai Son in Ninh Binh province and between Cam Lo in Quang Tri province and La Son in Thua Thien-Hue province.

The People's Committee of Kien Giang province has asked the Ministry of Transport to pause flights between Ho Chi Minh City and Phu Quoc Island amid the surge of Covid-19 patients in Vietnam’s largest city.