Dang The Lam, 36, the founder of Vietnam and Friends (VAF), an organization supporting visually impaired people, said he travels to better understand people. 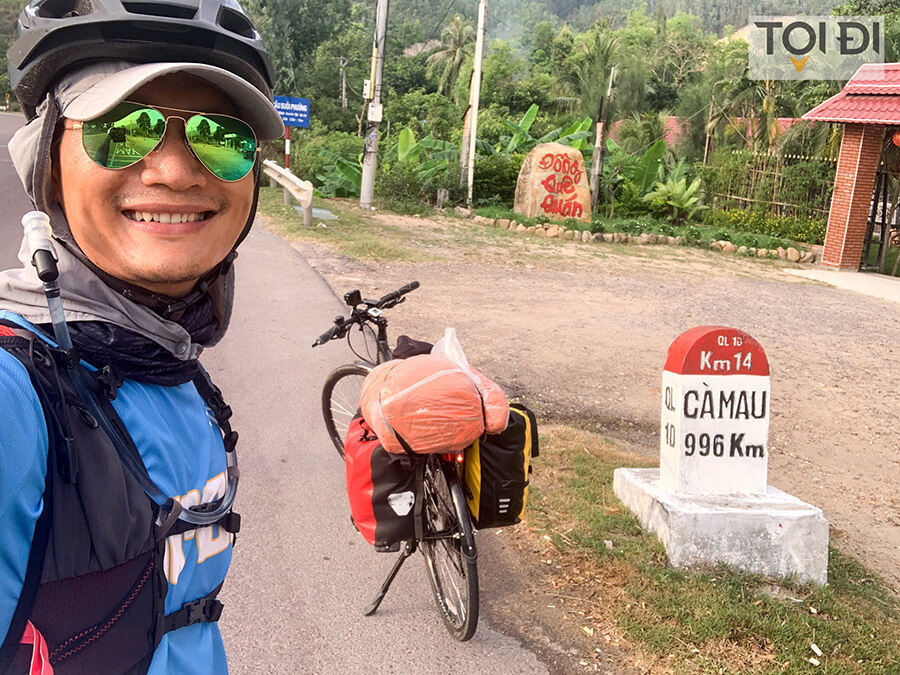 On March 15, with a well equipped bicycle, Lam began his trans-Viet journey, departing from Ha Giang and reaching Ca Mau, the end of the country, on May 11, and then returning to Hanoi on May 15.

Fond of cycling, Lam used his hobby to raise VND200 million for his project on creating free audio books for visually impaired people.

After 11 years of accompanying visually impaired people, he realized that education opportunities are the biggest gap between them and others. An audio book library would help narrow the gap, he believed.

During his 60-day trip, Lam spent time visiting the associations of the blind in provinces to talk with them and better understand their lives and difficulties.

“The biggest problem is the difficulty in accessing education and jobs to become financially independent and not rely on relatives,” he said. “visually impaired people of working ages have to leave for to urban centers or large cities to earn their living."

The people facing the most difficulties are older people. They had no access to education and rehabilitation services when they were young, and now suffer emotionally.

Asked why he decided to ride bicycle to raise funds, Lam said the main purpose of the journey was to better understand the life of visually impaired people in localities. This was also an opportunity for him to discover the country and meet people on the way.

“I share information about the purposes of the journey and the journey diary with people via my channel. At first, only my friends were informed about the journey. Later, the friends of my friends and the people I have never met also heard about it,” he said.

Lam raised VND206 million worth of funds after 55 days, beyond his expectations. The money will help VAF maintain the app platform and server for two years and produce 100 audio books.

Lam said he has many memories from the trip. He found that in remote and mountainous areas, people think blindness is caused by a ‘ghost’. The backward thinking has prevented blind people from accessing healthcare and education.