Cambodia has obtained the go-ahead to export mangoes to China, becoming a new rival for Vietnam in the 1.4 billion consumer market. 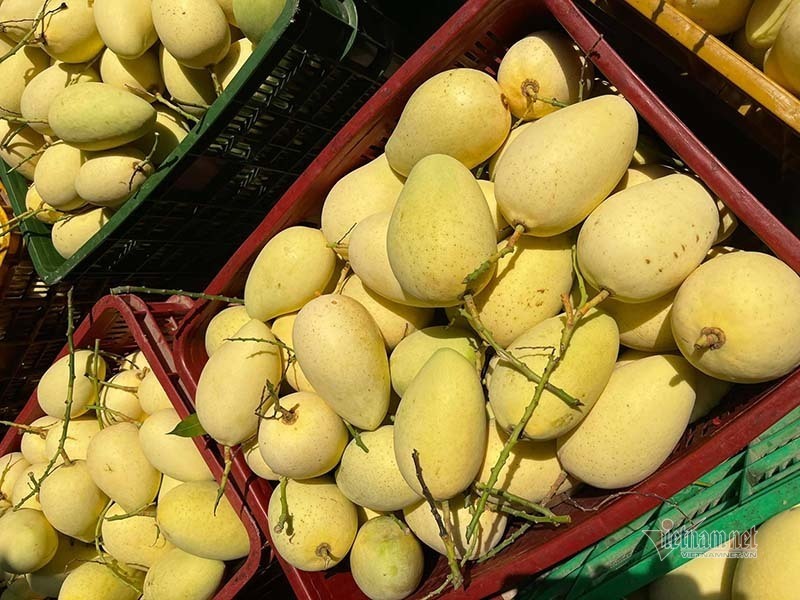 The Chinese General Administration of Customs has released a list of 37 Cambodian mango farms and five packaging plants allowed to export mangoes through official channels.

The mango farming area in Cambodia has reached 100,000 hectares, mostly in the provinces of Kampong Speu, Kampot, Battambang and Banteay Meanchey, with an average output of 1.5 million tons a year.

The Chinese Embassy in Cambodia in June last year announced that Chinese and Cambodian agencies were discussing an agreement on allowing Cambodia to export 500,000 tons of mangoes a year to China.

Experts say that Vietnam will have one more strong rival in the Chinese market. In recent years, Cambodia has exported mangoes to Vietnam at low prices.

According to a report presented at a workshop on Vietnamese mango exports in mid-April, Vietnam exports 160,000-170,000 tons of mangoes a year, with 94 percent heading for China.

Of this amount, only 0.08 percent, or 141 tons, is exported through official channels. This means that more than 99 percent of Vietnam’s mango goes to China across the border gates.

According to the Ministry of Agriculture and Rural Development (MARD), mangoes and bananas are two of the major tropical fruits grown in Vietnam.

However, Vietnam’s mango export turnover in 2020 was $180.8 million, a decrease of 9 percent compared with 2019. The fall was attributed to the Covid-19 pandemic, which caused a disruption in global goods circulation.

Of this, exports to China brought $151.8 million in revenue, or 84 percent of total export turnover, but the export volume to the market fell by 4.18 percent compared with 2019.