Many health officials found involved in Viet A case

Directors of of the Centers for Disease Control (CDC) of Nghe An and Bac Giang provinces said in the past that they did not “receive any dong from Viet A”. However, the investigation agency has shown that he was involved. 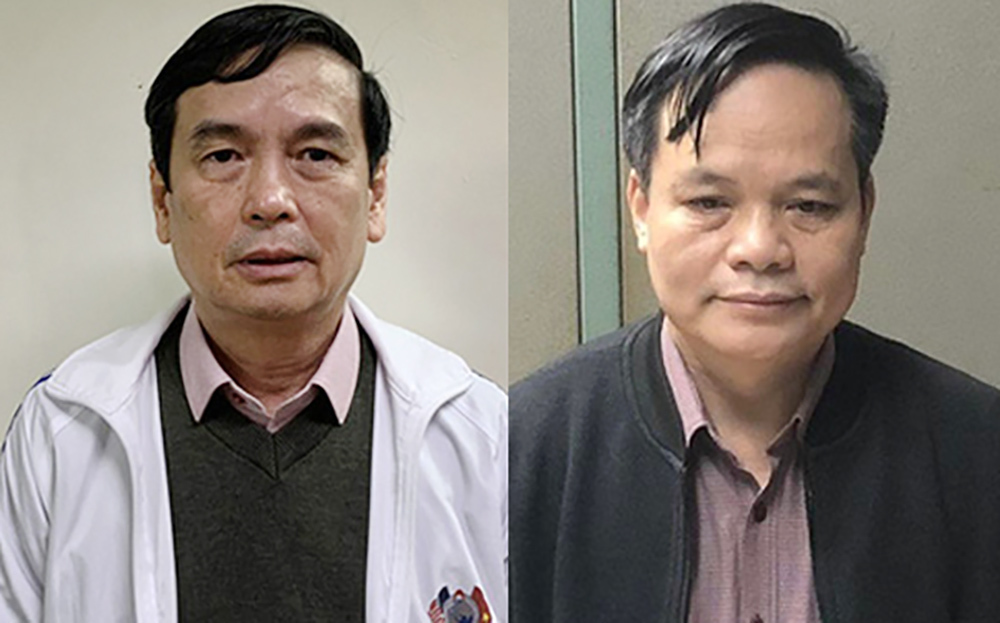 In late December 2021, the Ministry of Public Security (MPS) initiated legal proceedings against Phan Quoc Viet, CEO of Viet A Company, in the case of violating regulations on bidding, causing serious consequences; abusing positions and power while performing official duties; and giving and taking bribes that occurred at Viet A related units.

To date, besides Phan Quoc Viet, C03 has filed charges against the other 21 suspects, including officials of MOH (Ministry of Health) and MST (Ministry of Science and Technology).

The investigation agency found that Viet, as CEO of Viet A, joined hands with partners and inflated test kit prices by 45 percent to pocket VND500 billion. Viet declared that he had to pay VND800 billion in “commissions” to his “partners”.

A number of CDC Directors have been found involved in the case, including those in Bac Giang, Hai Duong, Nghe An and Binh Duong.

The first CDC director that C03 pressed charges against was Pham Duy Tuyen, director of CDC Hai Duong, while the second is Nguyen Van Dinh of CDC Nghe An, followed by Nguyen Thanh Danh of CDC Binh Duong, and Lam Van Tuan of CDC Bac Giang.

At the time when MPS announced the filing of charges against suspects in Viet A and related units, Nghe An and Bac Giang CDC Directors both said in the media that they did not receive material benefits from Viet A.

On December 20, 2021, Dinh told VietNamNet that he “was explicitly, strictly following necessary procedures in the procurement of test kits from Viet A”.

Ten days after making the affirmation, Dinh was arrested by C03.

CDC Nghe An bought materials and biological products from VietA in four procurement packages, including two bid packages. In the remaining two packages, worth VND18.5 billion, the contractors were chosen under direct appointment.

The first direct appointment package was done on July 15, when the Covid situation in Nghe An was very serious and required a large-scale testing campaign. The remaining package was on October 31, worth VND13 billion.

Lam Van Tuan of CDC Bac Giang said that he “didn’t receive any dong from Viet A or Phan Anh Companies” and that he strictly observed current regulations.
On January 21, C03 filed charges against Tuan and arrested him as part of the investigation of the VietA case.

Tran Quoc Cuong, Vice Chairman of the Party Central Committee's Commission for Internal Affairs, in an interview with VietNamNet, affirmed that the violations will be punished, with no restricted areas.

Viet A found to have imported Covid test kits from China

Viet A Technology Corporation has been found to have imported three million rapid Covid-19 test kits named Novel Coronavirus 2019-nCoV Antigen Test (Colloidal Gold) from China at US$0.995, or VND21,560 per kit in the last four months of last year.

Procurement of medical equipment during Covid-19 is a sensitive issue: MOH

Mistakes in purchasing medical equipment and materials to serve the fight against Covid-19 can easily be perceived as examples of wrongdoings and embezzlement.