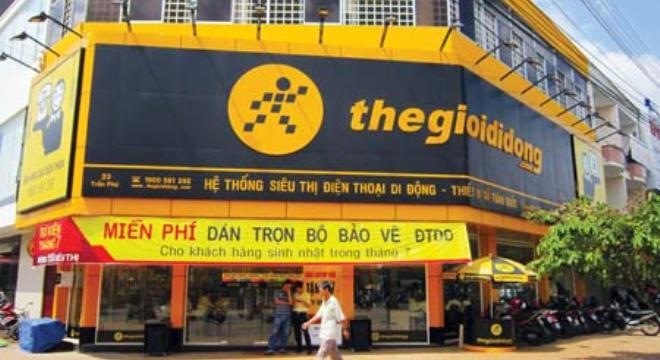 The purpose of the transaction is to divest part of its capital. After the transaction, this fund will hold only 13.027 million shares of Mobile World, equivalent to the ownership rate of 12.22%.

Owning shares at Mobile World since 2007 with over 30%, MEF II continually divested before Mobile World was listed and now it holds 14.32% of shares. Previously, MEF II said profits they gained from Mobile World were 11 times more than their investment.

Mobile World recently issued 5.33 million ESOP shares to nearly 600 employees and its charter capital increased to approximately VND1.12 trillion. Its profit in January-November 2014 was reported as VND609 billion, an increase of 136% compared to the same period last year.

Nguyen Duc Tai, chairman of the corporation, told a review meeting in HCMC on December 30 that the retail systems of The Gioi Di Dong and Dienmay.com could earn revenue of around VND15.8 trillion and after-tax profit of VND670 billion in 2014.

The revenue and after-tax profit targets will be US$1 billion and VND886 billion this year. To realize these goals, the corporation will open 123 new retail outlets in various provinces and cities to increase its mobile phone market share to 40% from the current 30%.

This year, the corporation will boost sales via the Internet. Online sales of The Gioi Di Dong and Dienmay.com stand at about VND1 trillion this year and are expected to double this year.

Thegioididong.com is considered one of the leading business-to-consumer (B2C) sites in Vietnam.