The documents were posted on Facebook accounts like Thu Ha and Hoang Le, and such fanpages as Ly Duong Tu, Quang Tri 357, and Tin Quang Tri 246 (Quang Tri news 246).

Those articles, photos and video clips have contents defaming and insulting the prestige of individuals, including some leaders of Quang Tri province, ministries and centrally-run agencies.

They have harmed the leaders’ prestige and dignity as well as the role, position and function of State agencies for a long time, triggering concern among Party members, officials and the public, while affecting political security in the locality.

They found documents stored in Dung’s mobile phone proving that he had directly published the documents on social networks.

Dung’s accomplice is Phan Bui Bao Thi, 50, from Son Tra district, the central city of Da Nang, who is working at the Giao duc & Thoi dai (The Education and Times) newspaper.

Thi confessed that he and Dung wrote many articles defaming Quang Tri leaders and posted more than 10,000 pages on social networks.

The local police on February 5-6 decided to detain the duo for abusing the rights to freedom and democracy, and violating the State’s interests, as well as legal rights and interests of organisations and individuals as prescribed in Article 331 of the Penal Code./.VNA 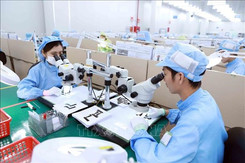 With no price bloating as in previous years, this season's thousand-petal lotus is a bargain. Hanoi’s ladies who love this type of lotus are eagerly closing sales. 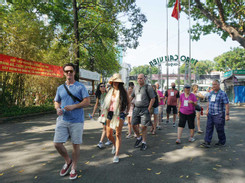 Tourism websites need to be upgraded

Perhaps digital transformation in tourism should begin with improving tourism websites and enriching their database, especially the official websites of tourism departments. 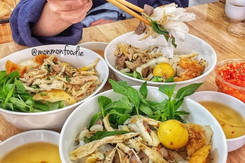 Da Lat’s own twist to the steamed rice cakes

In the central highlands city of Dalat, banh uot long ga (a steamed rice cake with chicken and innards) is a common breakfast staple, which should not be eaten in a rush. 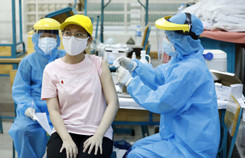 People in HCMC are required to sign a pledge for declining to get Covid vaccine booster shots and must bear responsibility if they spread the disease, said the HCMC government.

If Vietnamese enterprises want to compete with foreign rivals, they must make their own product eco-system learn and apply smart policies to dominate the market.