Merger of ministries and branches for 2021-2026 period is postponed

The 2021-2026 cabinet structure will remain unchanged because the Government believes that it would be better to maintain stability to gather strength on fighting Covid-19. 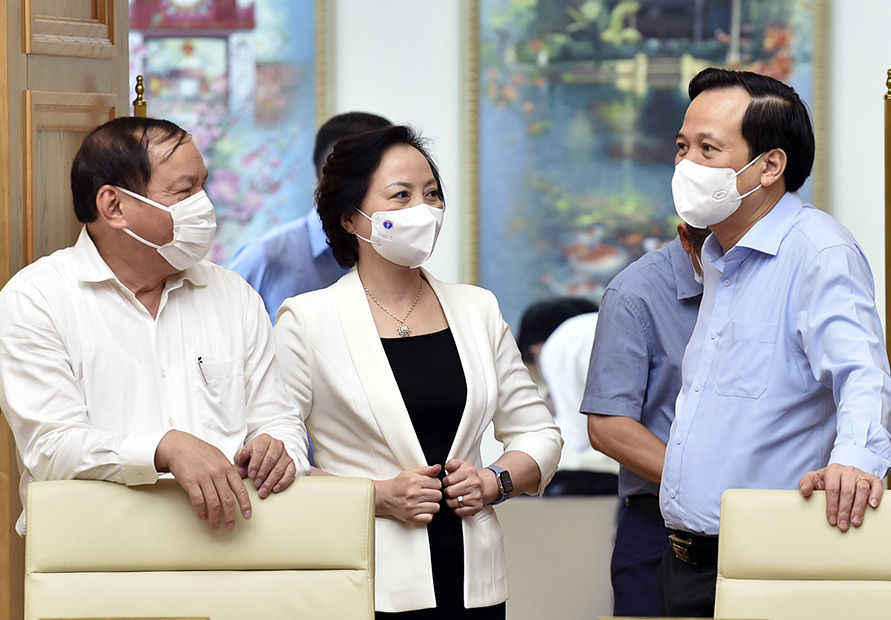 The 15th National Assembly (NA) adopted a resolution on the Government’s organizational structure for the 2021-2026 tenure in the morning of July 23, as part of the 15th legislature’s first session in Hanoi.

One day ago, the Government submitted to the National Assembly the Government structure of the 2021-2026 term with 22 agencies, including 18 ministries and four ministerial-level agencies, the same as the one in the 14th tenure.

The ministerial-level agencies include the Committee for Ethnic Minorities Affairs; the State Bank of Vietnam; Government Inspectorate and Government Office.

With the structure, the Government would have a stable number of ministries and branches unchanged over the last four tenures, from the 12th tenure (2007-2011) to now.

As such, the Government still isn't consider merging ministries and branches as mentioned in Resolution 18 on continuing the re-arrangement of the apparatus of the political system.

Regarding the tasks and solutions, the resolution says it is "continuing to study and clarify the theoretical and practical basis for the multi-field management of some ministries and branches, especially ones with overlapping functions and tasks, so as to have more reasonable solutions and restructure the apparatus".

Following the ideas about cabinet restructuring, the Government carried out thorough studies and organized discussions on the issue. However, in the current conditions, when the Government has to gather strength on presiding over the dual task of both ensuring economic development and fighting the pandemic, it believes that it would be better to keep the cabinet structure stable.

Based on the results of the Government’s work in 2016-2021 which the NA assessed in Resolution 161/2021, the cabinet structure stabilization is reasonable and necessary.

The Politburo has also concluded that in the immediate time, it is necessary to keep the names, organizational structure, and the number of ministries and ministerial-level agencies of the 15th tenure the same as the 14th one.

In the time to come, the Government will ask for a review of the last 20-year implementation of the Government organizational model from the 12th to the 15th tenures in a methodical way, which will more clearly define the ministries’ and branches’ multi-field management spheres.

It promised to study and clarify the theoretical and practical basis for the apparatus structure, functions and state management tasks of ministries and branches in the new conditions.

The Government will continue the study on re-arranging some ministries and branches with similar tasks and functions as per the spirit of the Central Committee Resolutions 18 and 19, and NA Resolution 56, which attach much importance to the building of an administrative reform strategy by 2030, with a vision until 2045.

According to NA Secretary General Bui Van Cuong, after approving the Government organizational structure, the NA will determine the 27 positions of the Government. There will be one fewer Deputy Prime Minister than in the 2016-2021 tenure.

The NA will elect the Prime Minister, approve four Deputy Prime Minister, 18 Ministers and four Heads of ministerial-level agencies. Most of the personnel introduced to these positions are re-elected.

Of the 28 Government members, Binh did not join the 13th Party Central Committee, so the 2021-2026 Government will have four instead of five Deputy Prime Ministers.

Strengthening COVID-19 control and prevention while ensuring economic stability are among the main priorities of the Government for the remainder of the year.

The Government has decided to establish a special working group to carry out COVID-19 prevention and control tasks.