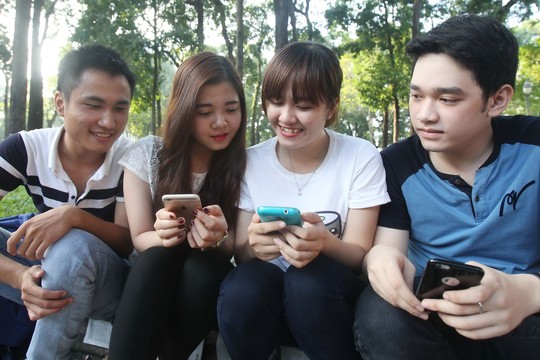 MIC, which is drafting a new circular on mobile subscription, may allow one subscriber to own up to five sim cards instead of three as currently applied. Experts have warned that this may pave the way for more spam messages.

Under the draft regulation, theoretically, one pre-paid user can have up to 25 sim cards of five operational mobile networks Viettel, VinaPhone, MobiFone, Vietnamobile and Gtel.

Meanwhile, post-paid users can register as many subscription numbers as they want.

Mobile network operators say that it is necessary to allow subscribers to own more sim cards because there are more devices which need mobile sim cards such as cars, 3G USB and tablets.

The lifting of the cap on the number of sim cards every individual or organization can have aims to help users use their mobile devices.

The draft regulation says that users must use the sim cards in compliance with the number of devices they have.

However, a telecom expert in HCM City noted that five sim cards are ‘more than enough’ for a user.

“I believe that very few people have more than five mobile phones and 3G devices,” he said.

“Meanwhile, allowing more subscription numbers will lead to a waste of resources,” he said, adding that users only need one or two sim cards.

The expert went on to say that the new regulation would only encourage the spread of spam messages, which has caused headaches to the watchdog agency and subscribers.

Mobile phone subscribers are complaining that they are often bothered with hundreds of spam messages every day.

Meanwhile, both the watchdog agency and mobile network operators have not done anything to stop the messages.

However, users will throw away the sim cards after they use up all the money in the accounts, because they do not intend to keep the subscription numbers for contact.

“Allowing users to possess more sim cards will do more harm than good,” he said. “This will lend a hand to people to send spam messages.”

According to the HCM City Information and Communication Department, spam messages could be sent from three sources – telcos which send flash ad messages, content service providers (CP) and SubCP. SubCP is the most difficult to control.