Minister of Transport Nguyen Van The told the 15th National Assembly what caused traffic projects not to be completed on schedule in recent years during its third sitting’s last Q&A session in Hanoi on June 9. 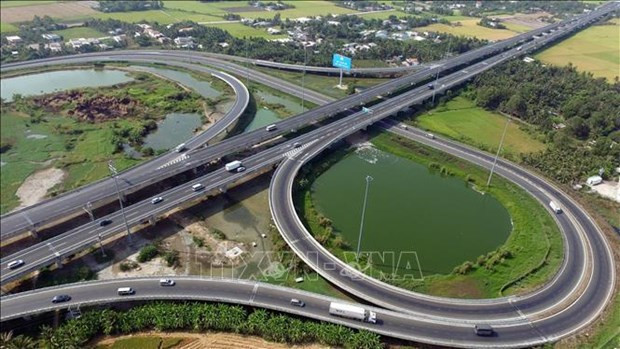 Fielding a question of a deputy from the Mekong Delta city of Can Tho on the matter, The attributed the slow process of the projects  to inadequate capital allocated. Other causes include land clearance work, topographical and geological difficulties in remote areas, and weaknesses of project managers and contractors, the official added.

He stated as causes have been identified, efforts will be made for better operation to minimise future delays.


A deputy from Ho Chi Minh City grilled the minister on a lack of connectivity between transport routes.

In response, The said when implementing traffic projects, if the locality has yet to plan their roads or has no roads, in principle, intersections cannot be arranged.

He informed the NA that his ministry has requested localities urgently adjust their traffic planning with connections to highways and national key routes. Thereby, the transport body will coordinate with competent agencies to supplement intersections.

Regarding a question on solutions to realising the target of completing more than 2,000km of highways during 2021-2025, The said the ministry will make efforts to finish the works on time. He said of the 2,000km, 1,200km have been completed and 800km are under construction.

The minister also took into account a proposal by a deputy from Hanoi on forming a fund for transport infrastructure development, saying it is necessary and the ministry will consider studying it./.
Source: VNA