Ignoring suggestions by relevant ministries and domestic sugar manufacturers, the Ministry of Industry and Trade sticks to its opinion that it is necessary to maintain the activities of temporary import for re-export.

VietNamNet Bridge – Ignoring the suggestions by the Ministries of Finance, Agriculture and Rural Development and domestic sugar manufacturers, the Ministry of Industry and Trade sticks to its opinion that it is necessary to maintain the activities of temporary import for re-export later. 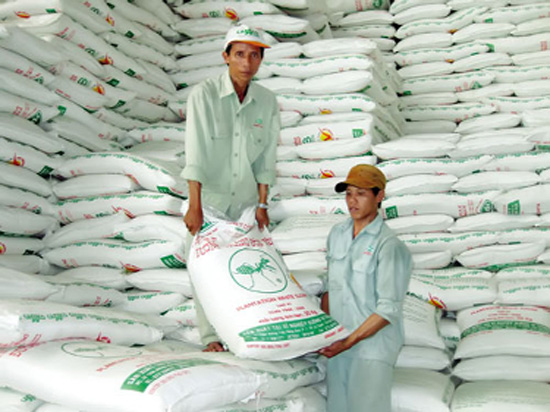 According to the Ministry of Finance, since 2011, temporary sugar imports have come in great quantity. However, the products have not been re-exported later as promised, but sold in the domestic market.

A report of the General Department of Customs (GDC) showed that from 2011 to June 2013, more than 100 enterprises registered the business of importing temporarily for re-export later. During that time, local customs agencies discovered 102 cases of trade frauds.

According to Nguyen Do Kim from the anti-smuggling investigation agency, the tax preferences have prompted businesses to import products for re-export, mostly to China.

However, a lot of them did not re-export products, but sold on the domestic market, evading tax. The current laws stipulate that enterprises must take responsibility for controlling their goods, which Kim believes are the loopholes in the laws exploited by the smugglers to evade tax.

He went on to say that under the current laws, the sugar brought to border economic zones is free of tax. This could be also a loophole through which smuggled sugar penetrates deeply into the domestic market.

Dao Xuan Thanh from the anti-smuggling investigation agency pointed out that the activities of temporary import for re-export were mostly carried out in the Lao Bao and Cau Treo border economic zones.

According to the Vietnam Sugar and Sugar Cane Association (VSSA), in 2012, the anti-smuggling investigation agency, which joined forces with the Hai Phong Customs Agency, discovered problems in four enterprises, which made six customs declarations on temporary imports for re-exports worth VND21.7 billion.

Therefore, the relevant ministries and VSSA have asked the Ministry of Industry and Trade (MOIT) to add sugar into the list of products which cannot be imported temporarily for re-export later.

However, MOIT believes that the smuggling is not so serious that it needs to stop the activities.

According to the ministry, only 13,200 tons of sugar was temporarily imported in the first six months of 2013.

While the Ministry of Finance (MOF) and VSSA believe that it is necessary to suspend the activities, the Ministry of Agriculture and Rural Development (MARD) does not oppose this. The ministry just wants to tighten the control over the activities by stipulating that sugar can only re-exported through international and main border gates.

The decision by MOIT has put sugar enterprises, which always complain that smuggled sugar products may kill the domestic production, on tenterhooks.

If the import sugar is sold in Vietnam instead of re-export, the sugar inventories would be even higher. The 2013-2014 sugar cane crop is expected to have the output of 1.6 million tons. If counting on the inventories and the official imports under the WTO commitments, Vietnam would have 2 million tons of sugar.